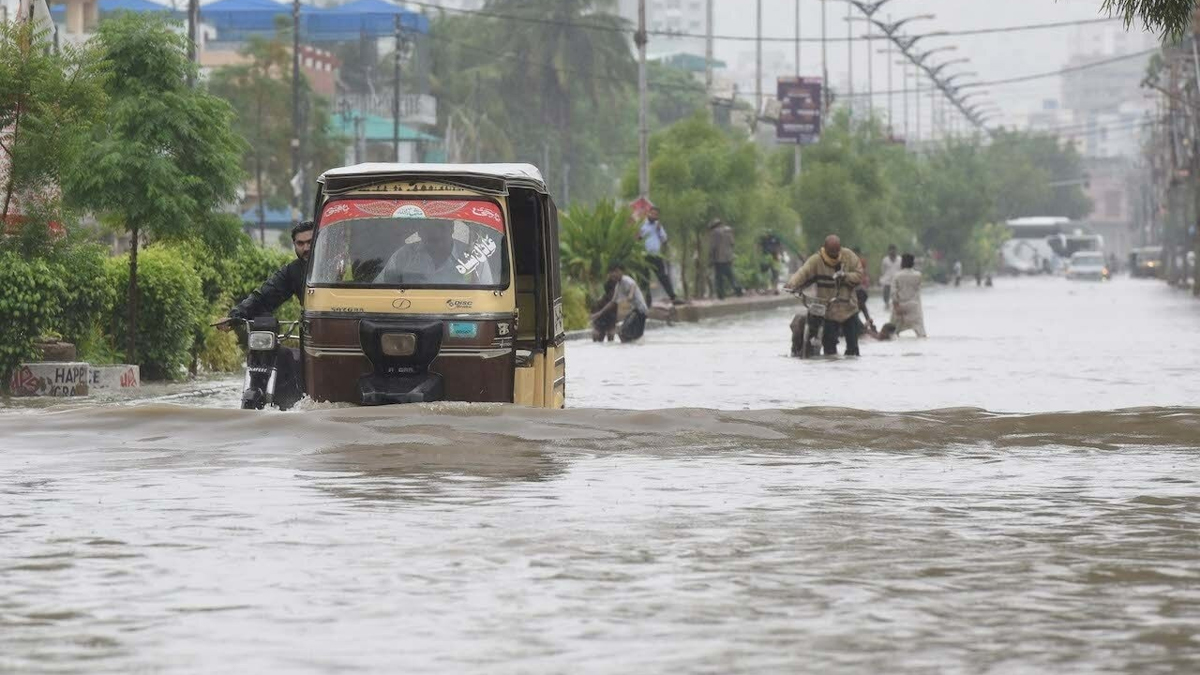 The Met Office issued an urban flooding notice for Karachi and other cities on Monday, predicting that monsoon currents into Sindh will grow more intense starting Tuesday (today).

Dr Sardar Sarfaraz, the chief meteorologist, stated that the prevailing weather system was predicted to intensify gradually, first taking over southeast Sindh on Tuesday afternoon or evening and then northeast areas including Karachi late at night with scattered heavy rainfall.

The heaviest rain is forecast from August 11 onwards, when a low pressure region forming in eastern India will invade Pakistan and gather power from the weather over the Arabian Sea.

“Then it is likely to hit the entire state of Sindh. However, there would be scattered moderate to heavy showers on and off in numerous parts of the province prior to that,” he said, adding that the prevailing weather pattern has obstructed sea wind, resulting in warm, humid conditions in Karachi.

The Met Department issued an advisory warning that sea conditions will likely become rough/very stormy from August 10-13, and fishermen should exercise extreme caution.

It said that persistent heavy rainfall over Khuzdar, Lasbela, and Hub districts, as well as the Kirthar range, may put further strain on Hub dam, Thaddo dam, and downstream.