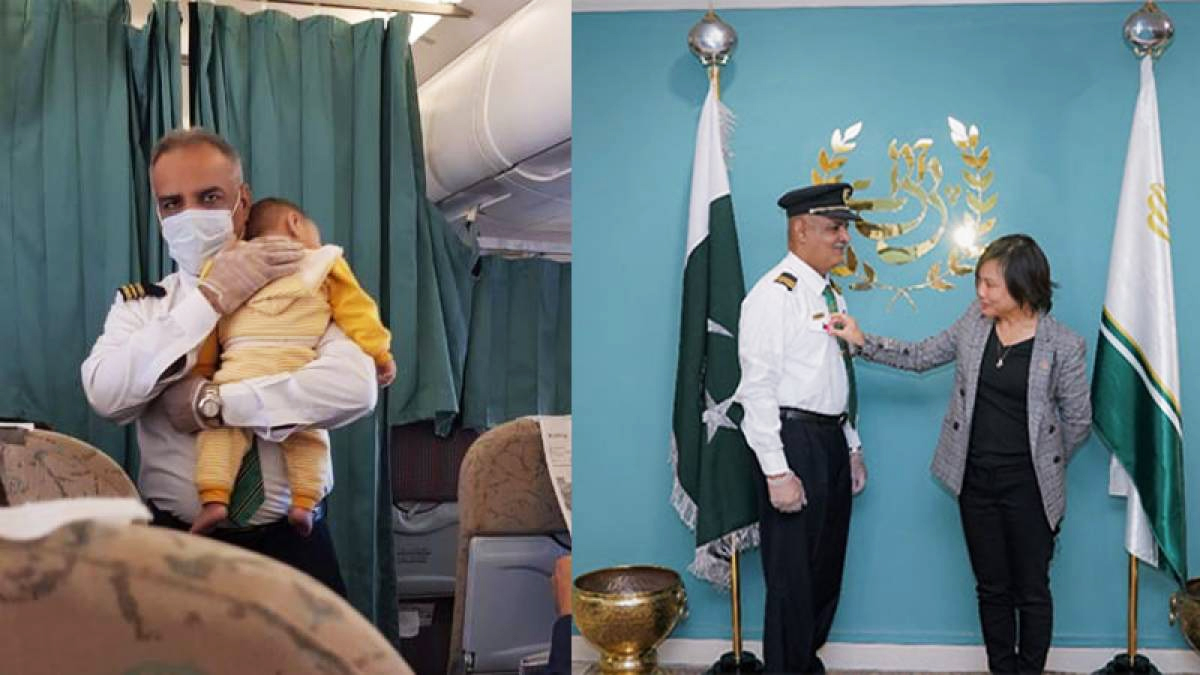 United Nations Pakistan has recognized and lauded a crew member of Pakistan International Airlines (PIA) on Monday for “showcasing gender sensitivity towards a female passenger.”

Mr. Touheed Daudpota, a male steward on a PIA flight, was calming an agitated baby on Islamabad – Karachi flight and was seen cradling the baby, showing sensitivity to the mother. Last week the pictures of this heart warming gesture made rounds on internet creating quite a stir.

PIA tweeted with a video of Mr. Touheed receiving award from the UN Women Pakistan, “Mr Touheed Daudpota, a crew member of #PIA, whose photos of soothing a baby went viral, was declared by UN Women Pakistan the #HeforShe champion for displaying empathy, gender sensitivity, respect, and care to a women passenger, upholding long traditions of great people to fly with.”

The pictures of moment were first shared by singer Fakhr-e-Alam when he tweeted how a male steward on board PIA flight came to rescue of a female passenger. He tweeted, “A friend onboard @Official_PIA Islamabad to Karachi early morning flight yesterday shared this. A baby was crying non-stop, the mother was exhausted and stressed, she couldn’t comfort the child. So the head purser Mr Tauheed helped the child sleep. Now that truly is GREAT people to fly with.”

This has rekindled the greatness of Pakistan’s official airline which has been recently making news for all the wrong reasons, ranging from financial troubles, mismanagement and the very controversial fake pilot licenses scam.

The PIA crew member was declared the ‘He for She’ Champion by UN Women Pakistan, a United Nations branch that works for gender equality and women’s empowerment. The UN branch honoured Mr. Touheed for displaying ‘empathy, gender sensitivity, respect and care to a woman passenger’.