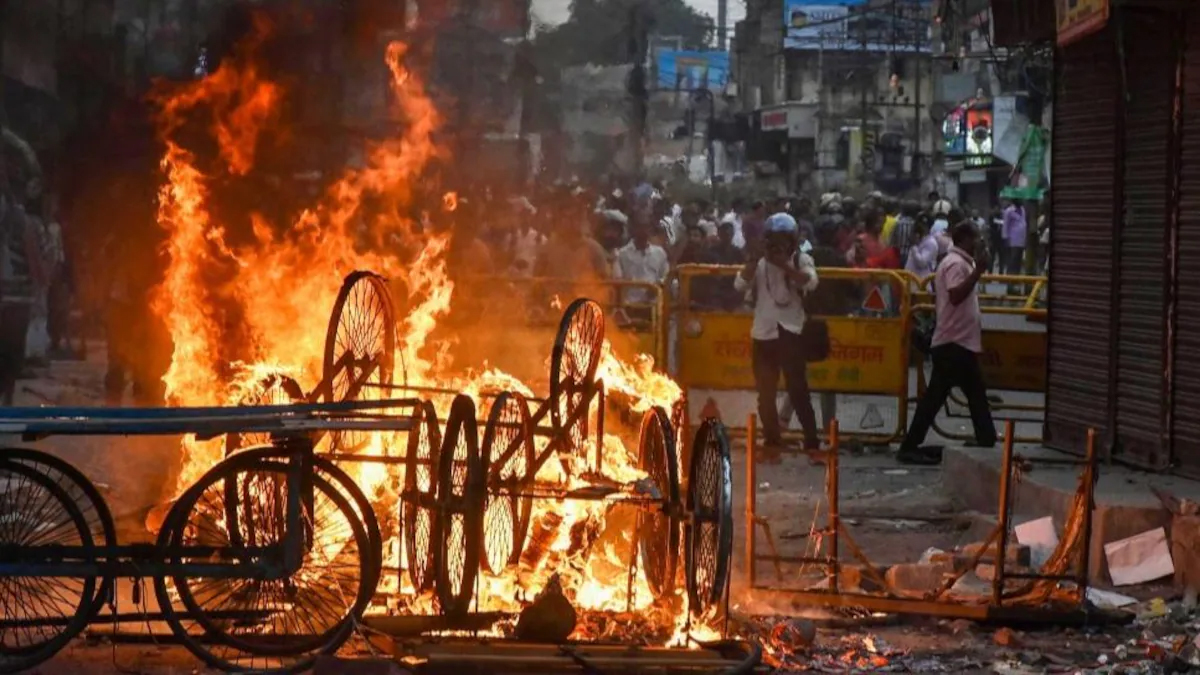 Indian police shot dead about two protesters and arrested more than 130 others during street rallies sparked by a BJP official’s remarks about Prophet Muhammad.

Widespread Protests Around the Muslim World

There have been widespread protests around the Muslim world since last week when a spokeswoman for PM Narendra Modi’s party made offensive remarks about the Prophet (PBUH) on a live TV show.

Police Firing on a Crowd in Ranchi

In India and neighboring countries, Muslims took to the streets in huge numbers after Jummah (Friday) prayers to condemn the remarks, with police firing on a crowd in Ranchi – the eastern Indian city.

Police were Forced to Open Fire to Disperse Protesters

“Police were forced to open fire to disperse protesters, resulting in the death of two,” a police officer in Ranchi told AFP.

Officers said the crowd had defied their orders not to march from a mosque to a market and had thrown bottles and stones when police attempted to thwart the rally with a baton charge.

Authorities imposed a curfew and cut internet connections in the city, with local resident Shabnam Ara telling AFP that the atmosphere remained tense on Saturday.

“We are here for peace and harmony,” she said.

Police in Uttar Pradesh also resorted to tear gas to disperse at least one rally after several demonstrations were seen across the northern Indian state.

Most protests ended peacefully, but demonstrators in a few cities threw stones at police and injured at least one officer, said a senior government secretary in the state.

We Will take Strict Action

“We will take strict action against those indulging in stone pelting and violence,” he said. “Those working behind the scenes, instigating violence, will not be spared at all.”

A senior police officer in the state said that up to “136 protesting miscreants” had been taken into custody from six districts around Uttar Pradesh.