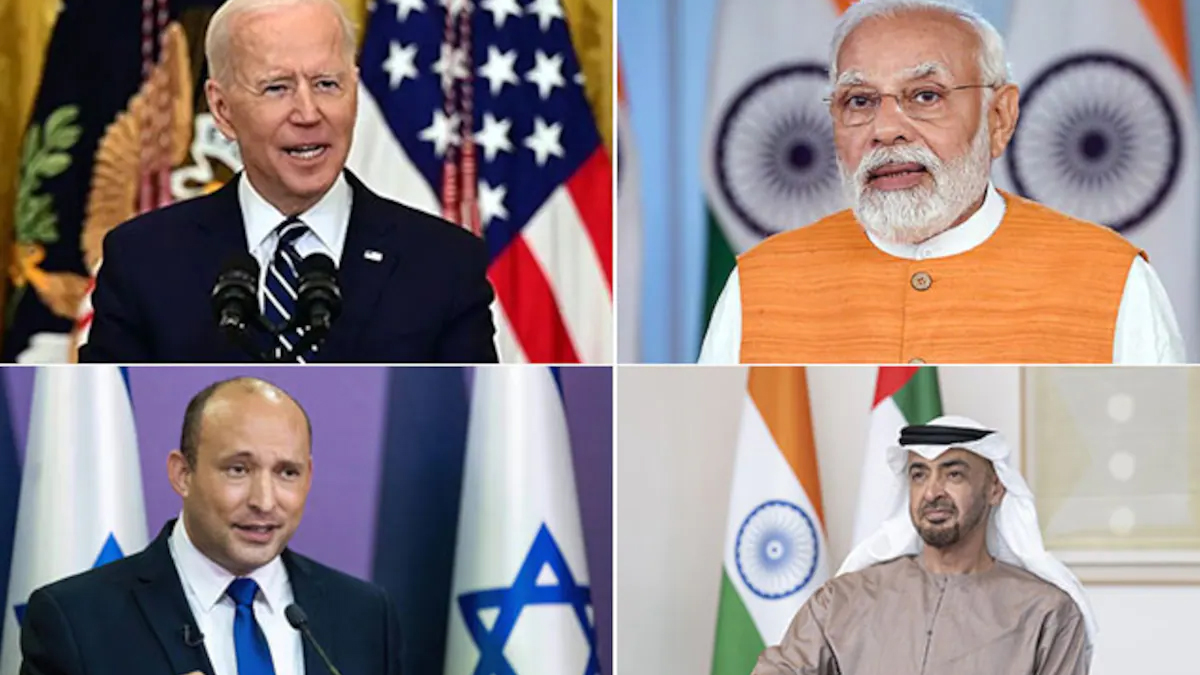 It has been years in the making because the Abraham Accords included the UAE and established Israel and India as strategic partners.

India and Israel, as well as the UAE and the US – started as an online conference

The new summit, known as I2U2 – India and Israel, as well as the UAE and the US – started as an online conference. However, the cement and foundation that have been laid around this have great promise for the area and connect to the other business ventures of the group’s members.

Countries are attempting to undermine US hegemony, hence groupings of countries are more important than ever.

For instance, the president of Russia will visit the area to meet with the leaders of Iran and Turkey. That is a single group. Turkey maintains close ties with Malaysia and Pakistan, while China and Iran recently signed a new 25-year agreement. The Negev Summit format, which has featured meetings of foreign ministers from Morocco, Bahrain, Egypt, the UAE, and the US, also includes Israel. This too is a cluster.

A picture of a collaboration between the US and Israel and all of these regional powers and nations is beginning to take shape when we consider the general framework of the I2U2 concept and the Negev framework, as well as the fact that Israel recently signed deals with Greece and Cyprus.

A wide range of alliances now connect Washington with Athens, Athens with Cairo and Jerusalem via Nicosia, and Abu Dhabi, Manama, and New Delhi from there.

Each of these cities has its allies, whether it be the Quadrilateral of the US, India, Australia, and Japan or the Gulf Alliance, which unites Saudi Arabia, the United Arab Emirates, Bahrain, Egypt, and other countries.

These alliances are not straightforward. Not every one of their members is a democracy. Diverse people and different country kinds are combined. They are not NATO or the EU, nor are they like the group of English-speaking nations known as the Five Eyes.

However, they are also not the authoritarian agenda that China, Iran, Turkey, and Russia all seem to share. This does not imply that these organisations, like I2U2, are hostile to any nation. For instance, it is obvious that India does not share Israel’s fears about Iran, and that the UAE is not supporting any cause in Ukraine.

Here, deeper issues are important. The I2U2 grouping “was conceptualised during the meeting of the foreign ministers of the four countries held on October 18, 2021,” according to India’s External Affairs Ministry. Each nation also routinely engages in sherpa-level interactions to discuss potential areas of collaboration.

According to a statement, the nations are looking to invest jointly in “six mutually defined areas, such as water, energy, transportation, space, health, and food security.” It aims to mobilise resources and skills from the private sector to support infrastructure modernization, the initiation of low-carbon development paths for our sectors, the enhancement of public health, and the advancement of vital emerging and green technology.

The statement said, “These projects can serve as an example for economic cooperation and give chances for our businesspeople and workers. They also include discussions about other matters of mutual concern.”

Read More | Russia, Ukraine get together to solve grain crisis

After the crucial virtual summit, the US reiterated its support for the Abraham Accords and other peace and normalisation agreements with Israel, according to a statement from the White House. We applaud the economic prospects that result from these significant events, particularly those that will encourage sustainable investment among the I2U2 partners and expand economic cooperation in the Middle East and South Asia. We also warmly welcome other new international alliances, such as the Negev Forum for Regional Cooperation, which recognises the distinctive contributions of each member nation, including Israel’s capacity to act as a hub of innovation linking various partners and hemispheres in order to strategically address problems that are too big for any one nation to handle alone.

Washington’s statement makes it abundantly obvious that the main goal of the I2U2 meeting is to solidify these new kinds of overlapping groups. A Middle East Air Defense alliance is also being discussed.

Although there are already growing lobbies opposed to any new organisation, there is a possibility for another form of grouping that includes the US, Saudi Arabia, and possibly Israel and others.

They circulate talking points opposing any kind of partnership between Washington and Riyadh or collaborative effort in the area and are connected to the pro-Iran deal individuals in the US who currently work at think tanks. They want Iran to spread its influence farther into Lebanon, Iraq, Yemen, and Syria.

Of course, there are voices that oppose these expanding alliances; these are the same voices that have spent years trying to isolate Israel and pacify Iran. Additionally, they would issue talking points opposing “war” or normalisation until there were two states, arguing that Iran was being provoked or “escalated” against.

The group of “realists,” however, who believed Iran’s possession of a nuclear weapon would bring “stability” to the region have been disproven as new factions in the region have emerged. They backed Saudi Arabia against Israel in the past, but when Riyadh got close to Jerusalem, they switched sides and started supporting China, Russia, Iran, and anyone else was belligerent. They tried to keep Israel and the Gulf away.

The area is currently changing. This transition took decades to start and was gradual. The Abraham Accords created new possibilities that have grown rapidly. Benny Gantz, Israel’s defence minister, has praised the idea of regional air-defense alliances as well as the significant defence trade with the Gulf.

Israel and the US Central Command are collaborating on new projects. The two allies talk about Syria and their shared interests in the area. Israeli-targeting drones were shot down earlier this year by a coalition led by the US.

US Naval Forces Central Command (NAVCENT), the US Navy component of US Central Command, is now focused on the Red Sea. According to The Wall Street Journal, Bahrain has purchased drone defence systems and unmanned aerial vehicles from Jerusalem.

As the US tries to support friends and allies and as friends and partners realise they must work more closely together, the quickly shifting links and alliances all point to an extraordinary shift both in the area and worldwide. They must create their own working groups and press for more summits; they cannot simply wait for Washington to make a decision. Washington is paying attention and participating, but its regional allies are doing the work.

The US desired that as it tried to reduce its involvement in conflicts like those in Afghanistan and Iraq. Stop the endless wars, some cried. Stop wasting blood and treasure, some urged. The new alliances and collaborations demonstrate that the US can concentrate on its own internal problems and the economy while enlisting the help of allies like I2U2 to carry out the heavy task.