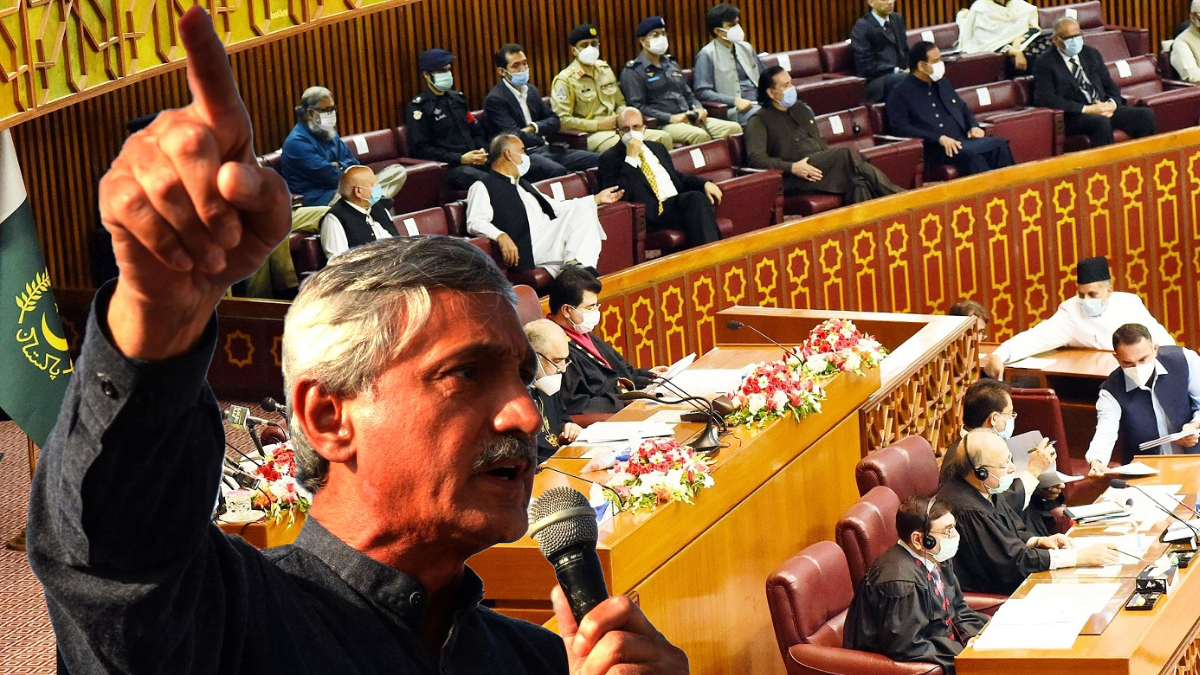 He maintained that lawmakers from “his group” would continue to raise their voices in the Punjab Assembly against “acts of revenge” undertaken by the provincial government.

Talking to media persons outside the premises of the Lahore High Court (LHC), Tareen said that all members of his like-minded group are a part of PTI and will remain so.

He stressed that there was no forward bloc, but admitted that his group had existed within the party for the past three months because of a targeted campaign against him and his family.

The estranged leader alleged that the Punjab government had resorted to measures of revenge from the members of his group, using different pressure tactics.

Last night, Tareen hosted a dinner for his supporters where he launched a group of like-minded lawmakers in the Punjab assembly and the lower house of parliament.

As per media reports, about 31 lawmakers attended the event. It was during the dinner that it was decided to formally launch an own group which many call a forward bloc within the party.

“What happened to Tareen is wrong,” said Noman Langarial, a member who attended the dinner. “That’s why we are supporting him,” he said. “We have confidence in Prime Minister Imran Khan but we also agree that so far the party has failed to deliver in each and every way,” he added.

Media reports say that like-minded members have decided to show their strength in the Punjab Assembly in a session summoned on Friday.

Discussions about a blank tank top take over the hit song, Alizeh is over with it now