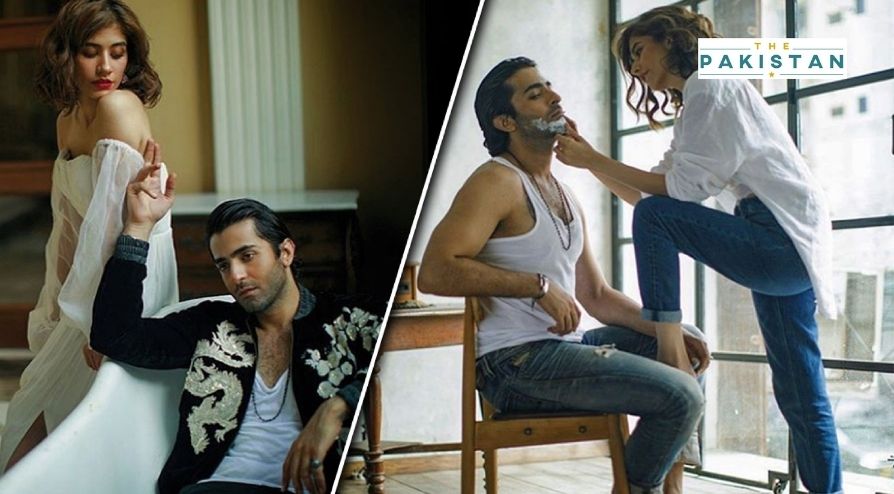 Syra Yousuf and Shehryar Siddiqui’s latest photoshoot is all everyone can talk about. The pictures released on social media have had some fans loving the clicks whereas some are not so happy with Syra for choosing to have such a bold photoshoot.

It all happened when Shehryar Siddiqui posted the photos of himself along with Syra in a bathtub. Moreover, in one of the pictures, Syra can be seen shaving Shehryar which seems to have rubbed the fans the wrong way.

Meanwhile, some users even criticised Syra’s choice of dress and said that this was not expected from her.

“Have some shame Syra you are a mother, you should know that you are not a girl anymore that you are wearing such clothes ….. You are sinning after getting a divorce … These are our Pakistani actresses whose are wearing shorter dresses with every passing day … seems like they’ll stop wearing them one day #ShameonSyra,” wrote one user in the comment section of Instagram post.

Another user said that “we did not expect such photos from you Syra.”

Although, users are entitled to have their opinions on whatever they choose but actors who voluntarily agree to such photosheets are also entitled to make choices for themselves and can wear or live in whichever they seem fit for themselves.

Users need to either learn to ignore or should stop watching such pictures on social media platforms and look for content that suits their ethics and morality.

Scrolling through the comments, one can easily see that the number of negative comments are being blown out of proportion by some media outlets who are clickbaiting users through sensensionalising the issue. Some users pointed out that the number of such angry comments were far between and few and didn’t warrant so much attention.