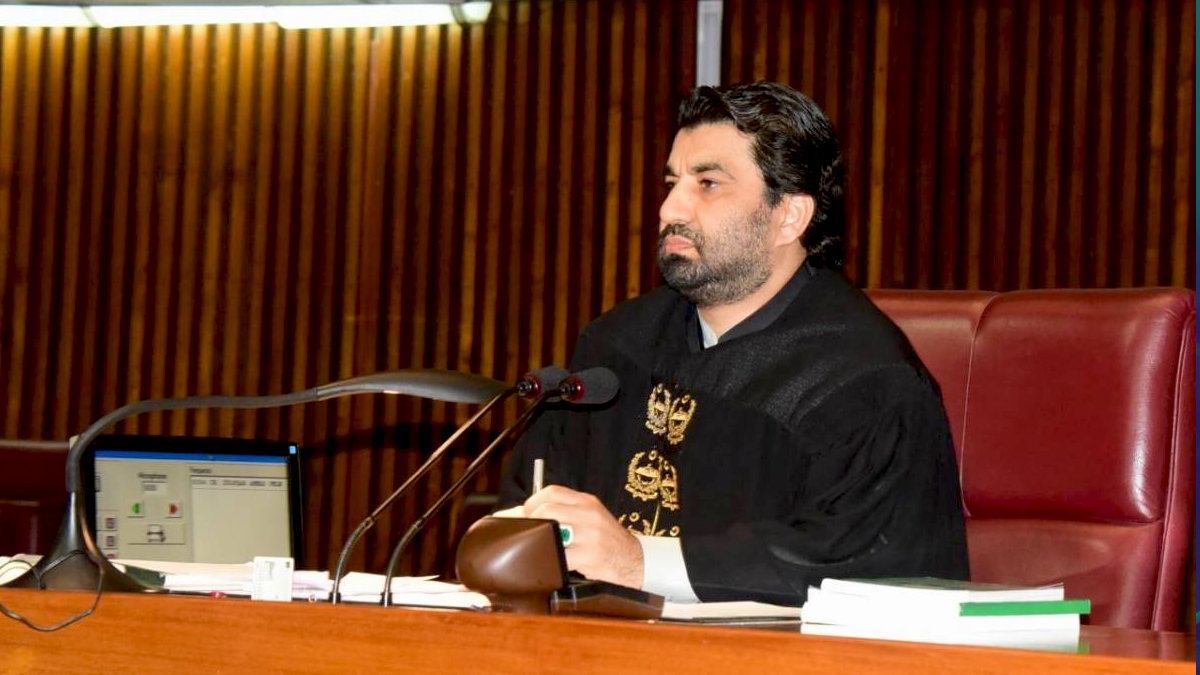 The National Assembly speaker’s decision to reject the no-confidence vote against then-prime minister Imran Khan on April 3 has been controversial. The Supreme Court has released a lengthy opinion outlining the reasons for its decision to overturn that decision.

Chief Justice Umar Ata Bandial’s ruling found that Mr. Suri had, at the very least, violated his constitutional obligation by rejecting the motion of no confidence against Imran Khan. According to Justice Bandial, the April 3 decision was “not the result of a vote in the national assembly instead it was a unilateral decision,” hence it did not qualify for the protection of the internal proceedings of parliament under Article 69(1).

Result Of Avoiding The No-Trust Motion

The problematic conduct by the deputy speaker, according to Justice Bandial, set off a series of events, the most worrisome of which was that it permitted the then-prime minister to claim the constitutionally objectionable result of avoiding the no-trust motion without a vote by the assembly.

The preservation of constitutional order was the court’s top priority, and Justice Bandial underlined that this could only be done if the assembly was allowed to reassemble.

Pakistan Is At A Tough Economic Juncture

The IMF stated that “Pakistan is at a tough economic juncture” in a statement that was released today.

It added that the ensuing economic overheating resulted in significant fiscal and external deficits in FY22, increased inflation, and the depletion of reserve buffers. “A difficult external environment combined with procyclical domestic policies fuelled domestic demand to unsustainable levels,” it said.

The lender set “policy goals” for Pakistan to “stabilise the economy and bring [its] policy actions in line with the IMF-supported plan”‘ in light of this.

The steady implementation of the budget for the current fiscal year, power sector reforms, developing a monetary strategy to lower inflation to “moderate levels,” eradicating poverty, and enhancing governance are among these priorities.

The IMF stated in its analysis of the budget for the fiscal year 2022–2023 that it aimed to “reduce the government’s large borrowing needs by targeting an underlying primary surplus of 0.4% of GDP (gross domestic product), underpinned by current spending restraint and broad revenue mobilisation efforts focused particularly on higher income taxpayers.”

According to the new budget, “Development spending will be protected, and fiscal space will be created for expanding social support schemes,” it added. It went on to say that the provinces had agreed to support the federal government’s efforts to meet the fiscal targets and had signed memoranda of understanding to that effect.