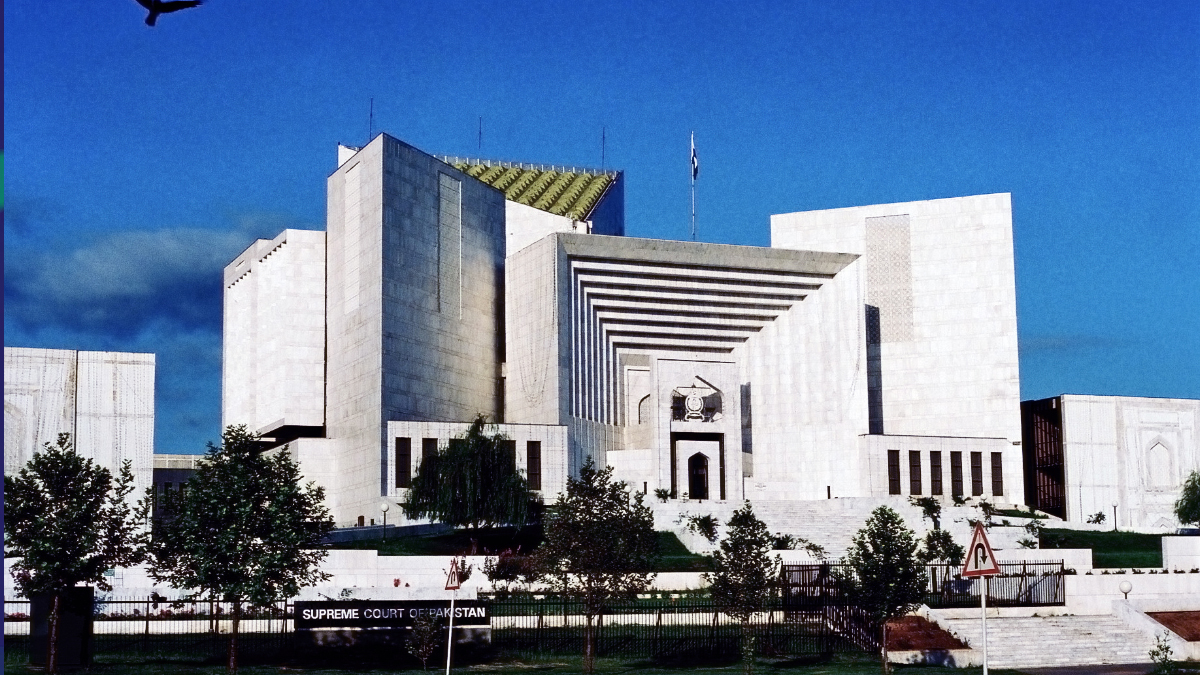 The Supreme Court of Pakistan (SCP) said Monday that the speaker had the power to reject a resolution as per the constitution.

Justice Muneeb Akhtar said that the speaker did not do anything against the constitution. The larger bench of the apex court was hearing the suo motu notice on the crisis triggered after the National Assembly deputy speaker rubbished the no-confidence resolution against PM Imran Khan.

At the outset of the case, PPP’s counsel Farooq H Naek urged the court to form a full-court bench to listen to the case.

“The court should formulate a full-court bench for such an important constitutional matter,” Naek said.

Responding to the PPP’s counsel, CJP Bandial said that the bench would wrap up if Naek did not have confidence in anyone.

The CJ inquired if Naek would share which of the constitutional questions mandated the formation of a full-court bench.

“Looking at the constitutional questions is our job. You tell what the basis of your case is?”

The top judge said that one full-court bench was the cause of a backlog of one million cases.

“Tell me if the speaker was right or wrong,” the judge probed Naek.

At this, Naek responded that the House allowed presenting the resolution instead of Suri, the speaker.

“Does the NA speaker have the authority to disallow the resolution? What happens if the speaker doesn’t allow it,” Justice Akhtar inquired.

Naek informed the court that the deputy speaker didn’t allow debating on the no-trust motion despite Bilawal Bhutto-Zardari’s request.

“Not allowing debate was a procedural defect,” Justice Ahsan remarked at Naek’s response.

The SC prorogued its hearing until tomorrow.

Former US military chief says US ‘visibly distanced’ from Pakistan