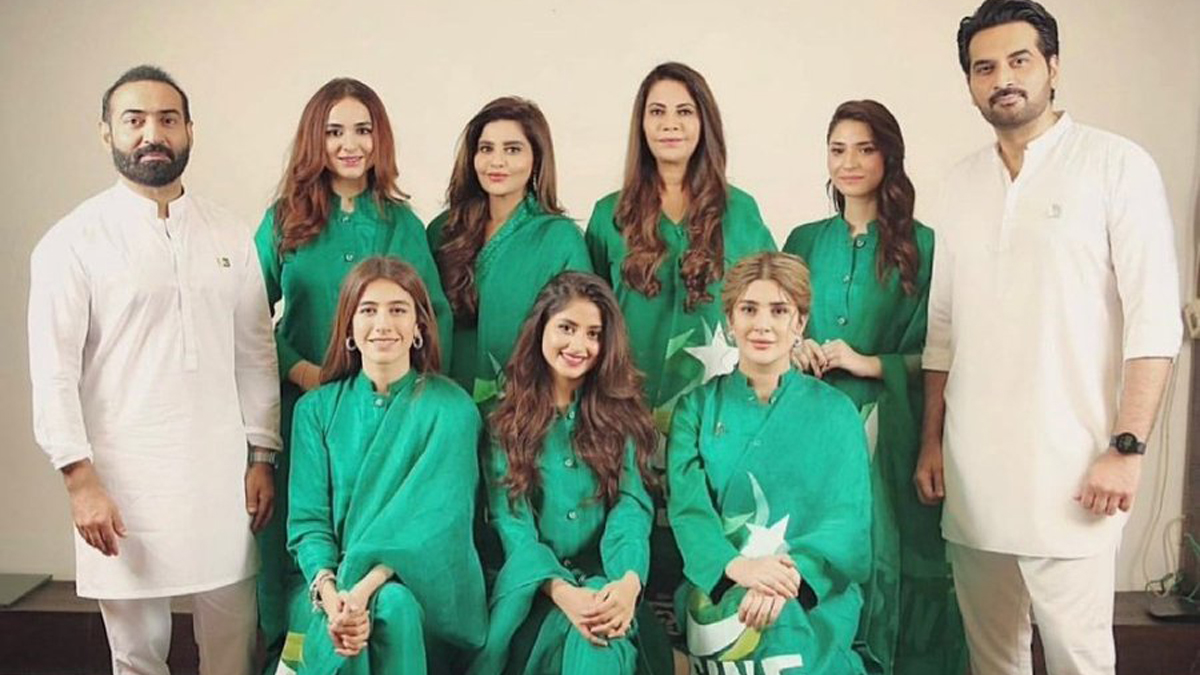 Humayun Saeed has signed five leading women actors for his forthcoming project in association with the Inter-Services Public Relations (ISPR).

Humayun Saeed’s wife, one of the four producers, uploaded the picture on her Instagram with the caption: “Presenting the women of steel”.

She wrote, “Meet the brilliantly talented and fierce talented cast of Sinf-e-Aahan”

The shared photo featured Syra Yousuf, Yumna Zaidi, Sajal Ali, Kubra Khan and Ramsha Khan. All were draped in green shalwar kameez. Their dupattas showed the printed project’s title with crescents and stars. This showed that the project has something to do with patriotism and Pakistan.

Director Nadeem Baig and Actor Humayun Saeed stood on either side of the ladies. Not to many’s surprise, both were wearing white kurtas.

Sinf-e-Aahan has been penned by Umera Ahmed. Her cross border romance series Dhoop ki Deewar is currently being streamed on ZEE5, and it stars Sajal and Ahad Raza Mir. There has been a lot of criticism on Dhoop ki Deewar as netizens in Pakistan think that it is against the two-nation theory. The writer, in response to criticism for Dhoop ki Deewar, had said that she was currently working on a serial for the ISPR, but didn’t name the title.

As per rumours, the project that is being worked upon will start airing in September this year. Since Humayun has been roped in by the ARY family, the serial will be aired on ARY Digital. Sana Shahnawaz and Shahzad Nasib are producing it as well.

The mega project is being made by Six Sigma Plus and Next Level Entertainment, in collaboration with ISPR. Nadeem Baig is to serve as the director of this project.

Most likely, the project is to showcase women in bright light and will serve as a tribute to their acts and gestures of patriotism.