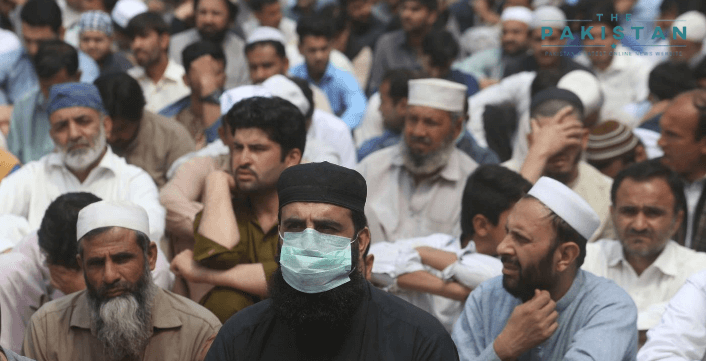 For the first time in more than three months, Sindh on Saturday reported less than 300 cases as the number of infections continues to decline across the country ever since the government imposed smart lockdowns.

In addition, the provincial health authorities only reported three new deaths caused by the Covid-19 — lowest since the virus first spread in the country, data released by the Sindh’s Chief Minister showed on Saturday.

The total number of cases in the Sindh province now stands at 121,309 with the rate of transmission in the province — and the country — declining at a fast pace.

Most positive cases in the country have been reported from Sindh province with Punjab trailing behind it which has since the spread reported 93,000 cases with 11,743 in Balochistan and 34,160 cases reported from Khyber Pakhtunkhwa. In addition, Islamabad alone has reported 15,014 cases.

Data released by the World Health Organisation (WHO) shows that the cases around the world have now increased to 17.35 million with more than 647,000 deaths.

The WHO data further shows that the American continent continued to show the highest number of cases with the United States and Brazil among the top three countries with the most number of new daily cases.

Among the continents, America has as of now reported 9.32m cases, with 3.33m from Europe, 2.072m from South-East Asia, 1.5m from Eastern Meditternean and 770,421 cases from the African continent.

In terms of countries, the  United States has the highest number of cases at 4.456m, Brazil 2.61m, India 1.7m with Russia reporting 839 thousand cases since the outbreak.

China, US and Russia are all racing to develop a vaccine with some candidates even being tested on humans in China.