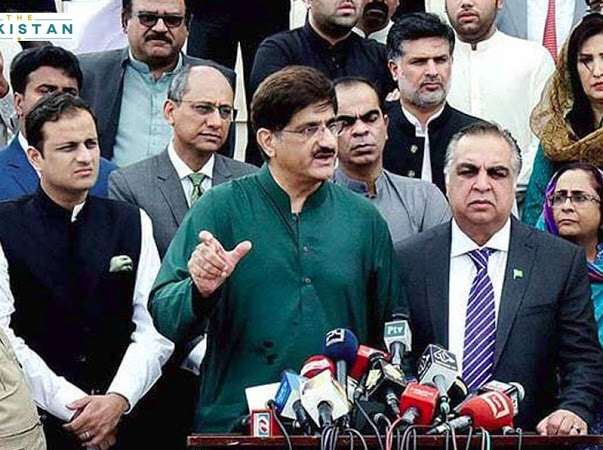 Ever since the monsoon spell began in late July, the administrative issues faced by the city of Karachi have come to the forefront with the provincial, local authorities and the opposition parties blaming each other for using and misusing the largest city of the country for personal gains.

In an all-encompassing interview held on Geo News hosted by Anchor Hamid Mir, almost all of the political representatives of the city were asked to share their views on how to move forward to help recover the city from its existing situation.

At the moot, the opposition parties criticised the Sindh Government for its failure to empower the local government system which could have gone a long in helping to manage the city.

At the meeting, CM Sindh Syed Murad Ali Shah said that given the existing situation of the city, Karachi needs at least $10 billion to fix the infrastructure issues of the city.

On August 22, a day before the meeting, PSP Chairman Syed Mustafa Kamal said that “the whole of Karachi was submerged in rain and gutter water, people’s houses were flooded with sewage water. Activate and help those trapped in the rains, PSP considers service to humanity as its first duty because we consider it worship.”

“He expressed these views while talking to workers on a social networking site. He further said that we appeal to the people of Pakistan to break the silence and support the PSP because the oppressor is not the one who oppresses with his own hands but the oppressor is also the one who adopts silence on oppression. Oppression in society is spreading because of the silent people.”

The city’s problems have become unsolvable under the current administrative setup as it is and needs an all-party consensus to achieve the requisite results.