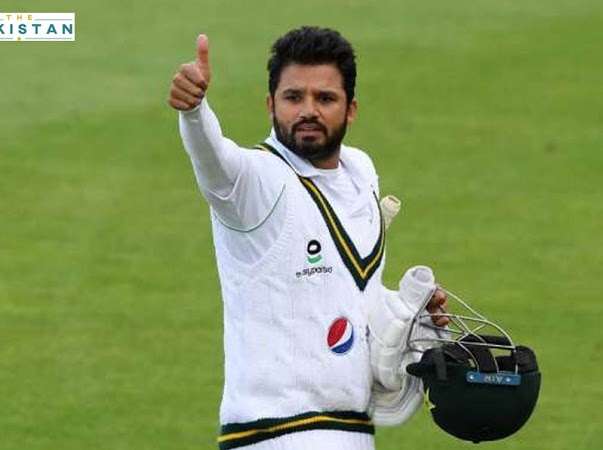 Pakistan captain Azhar Ali and England pacer James Anderson starred on day three of the third Test at the Ageas Bowl as the former scored his first century in an away Test after more than three years and the latter closed on to the landmark of 600 Test wickets with a five-wicket haul, said a press release issued by the Pakistan Cricket Board.

“The tourists were bowled out for 273 as Joe Root, the England captain, enforced follow-on before bad light prematurely ended the day’s play which means Pakistan’s efforts to surmount a towering 310-run deficit will commence on Monday,” it added.

Azhar led his side’s spirited fightback with a fine 141 not out to save them from a precarious 30 for four after Anderson accounted for Asad Shafiq (five) 12 balls into the morning session before play had to be halted due to passing showers. Asad was Anderson’s fourth wicket after the 38-year-old removed Shan Masood, Abid Ali and Babar Azam in the final moments of the second day’s play.

“The Pakistan captain crafted a handy 45-run partnership with Fawad Alam, which was broken in the afternoon session by Dom Bess’ off-spin after the left-handed batsman prodded his bat on a delivery deviating away from him and edged it to wicketkeeper Jos Buttler,” the release said.

Rizwan scored his second half-century in as many innings and passed the 50-run mark with a daring six, smoking Bess over long-off by charging down the wicket. The wicketkeeper-batsman made 53 off 113 balls, five of which were sent for fours.

Azhar and Rizwan knitted a defiant 138-run stand for the sixth wicket. It was over the course of this partnership that Azhar reached his third century in England and 17th overall.

The partnership, which at one stage promised to steer Pakistan past the follow-on target, came to an end on a loose delivery as a length ball going down the leg was tickled by Rizwan into the hands of Buttler.

Anderson now has 598 Test wickets as he continues to knock the door of the exclusive club of the bowlers with 600 or more Test wickets, which is led by Muttiah Muralitharan (800) and includes Shane Warne (708) and Anil Kumble (619). He already has the most wickets for a fast bowler in Test cricket.