Shehbaz, Xi agree to cooperate on CPEC, other areas 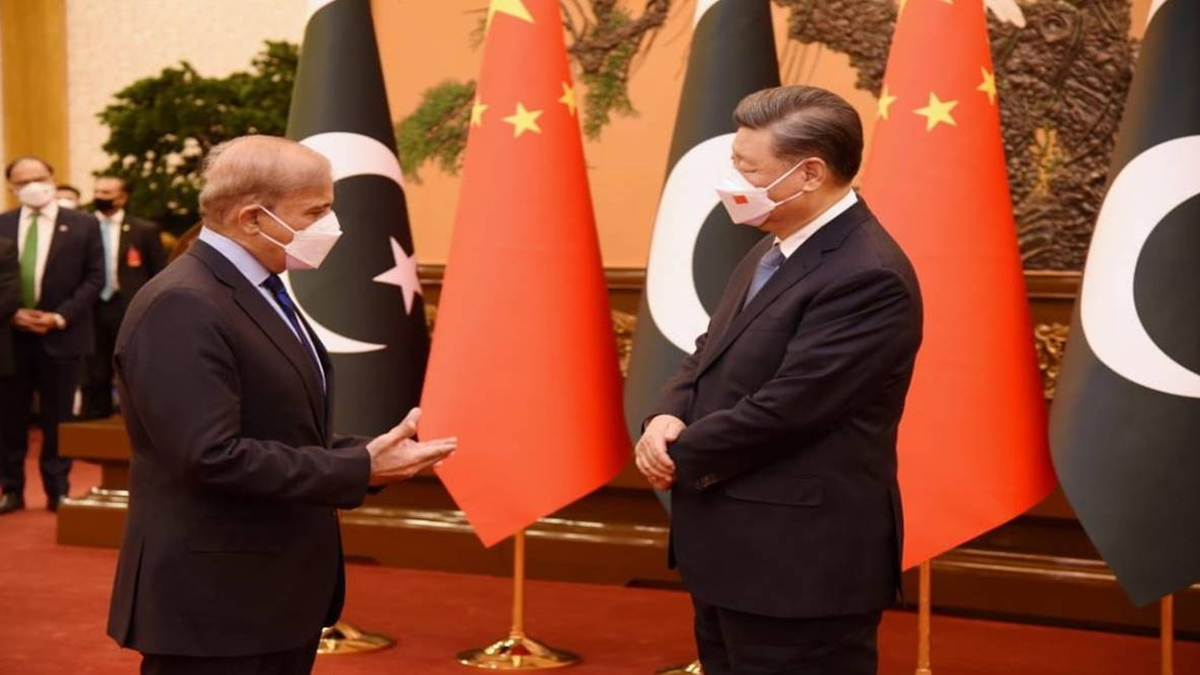 China Would Continue to Assist Pakistan

China’s President Xi Jinping was cited as stating on Wednesday that China would continue to assist Pakistan in stabilising its financial position.

State media quoted Xi as saying that China and Pakistan should advance the China-Pakistan Economic Corridor (CPEC) more successfully and quicken the infrastructure development for the Gwadar Sea Port.

The two leaders agreed to enhance the strategic alliance between Islamabad and Beijing as well as multilateral collaboration in a number of areas, including the CPEC, during their meeting, during which the Chinese president made the comments.

As PM Shehbaz met with Xi in the People’s Great Hall of China, the two leaders came to a bilateral agreement.

The Chinese president and PM Shehbaz met during which they “exchanged views on regional and international developments and broad-based cooperation in economy and investment.”

They expressed a willingness to advance their countries’ all-weather strategic cooperation alliance.

The Prime Minister’s Office reported that PM Shehbaz welcomed Chinese investment later in the day for the government’s 10,000 megawatt solar and other renewable energy projects. It further stated that the offer received a positive reaction.

PM Shehbaz approved the solar project’s completion in September as part of attempts to lower the import bill, and he is currently on a two-day visit to Beijing.

He met Chinese investors and businesspeople today and encouraged Chinese involvement in other renewable energy projects, such as wind turbines, in addition to seeking funding for the solar energy project.

According to a PMO statement, “leading Chinese corporations have […] indicated a keen willingness to invest in Pakistan’s solar, water, and other infrastructure projects.”

The prime minister lamented “the challenges encountered in the past by Chinese enterprises on issues pertaining to payments on imported coal.”

He told the businesspeople and investors that his government had taken care of many of the problems they had been having since taking office in April.

The premier added that the State Bank of Pakistan had created a revolving fund with a seed investment of Rs. 50 billion after instructions from the Finance Minister Ishaq Dar.

Regarding other projects, the PM emphasised the need for the Gwadar international airport to be finished as soon as possible and received guarantees from Chinese businesses that the project would be finished by the beginning of the following year.

The prime minister also decided to give priority to resolving matters including the purchase of land for the Diamer-Bhasha Dam and obstacles to the Mohmand Dam project’s completion.

He underlined the willingness of the federal and Sindh governments to work with Chinese businesses to address Karachi’s water scarcity.

According to the PMO, he expressed optimism that “solid economic and investment ties between Pakistan and China will lead to further cinching of bilateral relations.”

Businessmen and investors were promised by PM Shehbaz that Chinese workers in Pakistan, particularly those involved in the China-Pakistan Economic Corridor, would get perfect protection (CPEC).

Deaths of Chinese Men and Women

He was quoted in the PMO statement as saying, “Across-the-board security will be ensured for those deputed on the China-Pakistan Economic Corridor project and other joint initiatives,” and he also expressed his condolences for the deaths of Chinese men and women who had died while working in Pakistan.

PM Shehbaz thanked China for its “kind support” after Pakistan experienced severe flooding as he closed the meeting.

7 Most Haunted Places in Pakistan