Shehbaz visits Chaudhrys to seek for support against PM 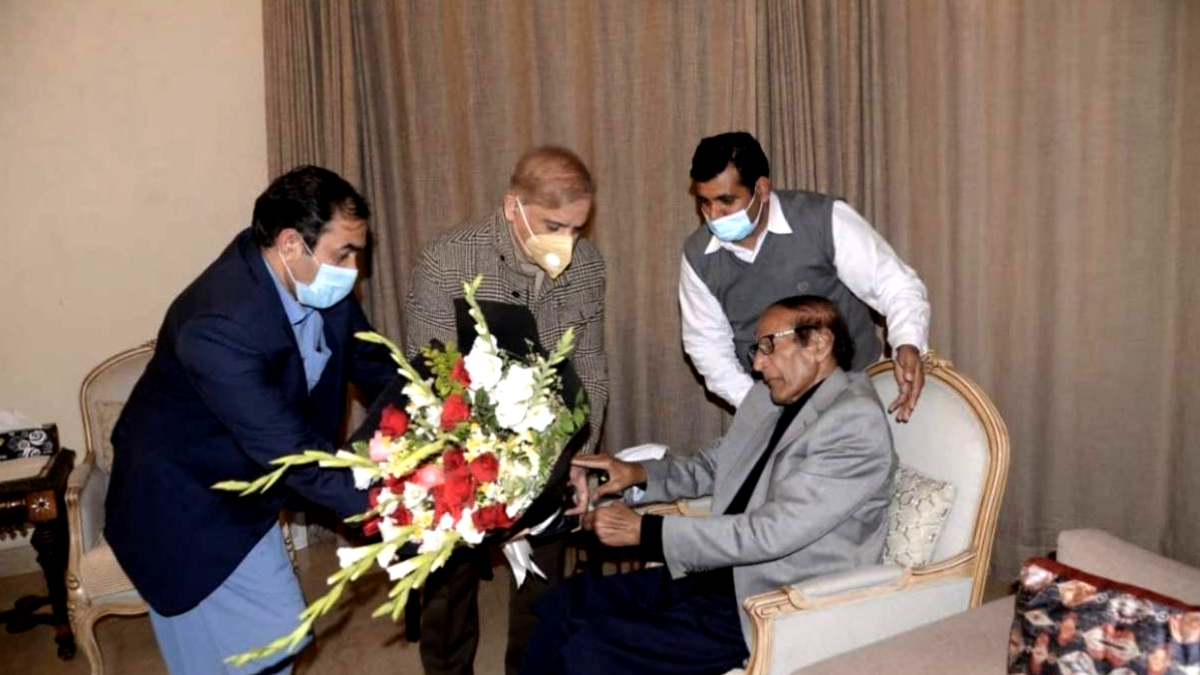 On Sunday, President PML-N Shehbaz Sharif visited the residence of the Chaudhrys of Gujrat after almost 14 years to seek their support against Imran Khan.

According to media reports, Shehbaz Sharif explained the nine-party opposition alliance and their “firm decision” to proceed with a no-trust motion against the government.

The Opposition leader said the political temperature was heating up in the country, and the government-allied parties had to lock a decision.

The Chaudhrys of Gujrat agreed to hold party meetings to ponder the overall political situation in the country and said they’ll come up with a consensus plan to deal with the current political turmoil.

It is pertinent to state that this was the first political meeting between the two political entities after a gap of 14 years.

Last time, former prime minister Nawaz Sharif paid a visit to the Gulberg residence of the PML-Q President to condole the death of the latter’s mother on Feb 20, 2009.

During Sunday’s visit, the younger Sharif presented a bouquet to Chaudhry Shujaat on behalf of Nawaz Sharif and expressed good wishes for him. Shujaat thanked the Sharif brothers.

Sources said the sitting continued for one-and-a-half hours, wherein the Chaudhrys laid down the conditions for their support in the no-confidence move.

Sources said the Chaudhrys asked for a significant share in the pie in the following setup — demanding the chief ministership of Punjab from till 2028. Sources said both the parties also discussed different political scenarios in Punjab.

The disappointed PML-N delegation left without interacting with the media.

The PML-Q sources denied asking for the slot of Punjab CM-ship and making any other demands.