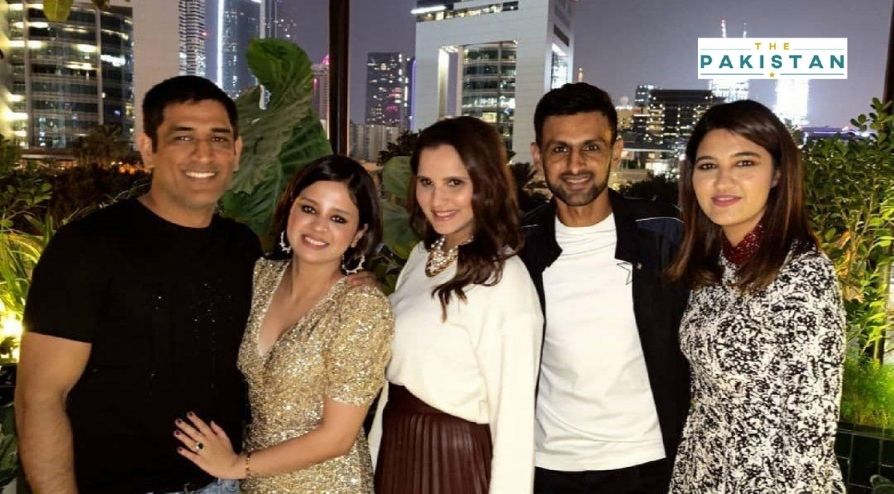 With the political atmosphere heated up between Pakistan and India, it is pleasing to see that people-to-people relations between the two continue to remain in place.

So when the duo returned to Dubai — where they permanently live — they shared pictures of attending the birthday party of Sakhshi Singh, wife of former Indian captain Mahendra Singh Dhoni (MSD). The pictures shared on social media platforms showed Malik and Mirza were partying with MSD.

Dhoni was in Dubai as well after wrapping up the Indian Premier League which was held in the country owing to Covid restrictions in India. Dhoni and his wife then decided to celebrate the birthday in the UAE along with other sporting greats in Dubai.

Sania Mirza took to her Instagram account to share the pictures of the event with the caption “Fun times.” MS Dhoni’s wife Sakshi also shared pictures on her official social media account, as the duo posed for the camera.

“Babar Azam looks like a million dollar player. He has scored a hundred in Australia. It is so good to see him bat so well. He is a treat for the eyes. What do you think about Babar Azam?” asked Ashwin from Inzamam.