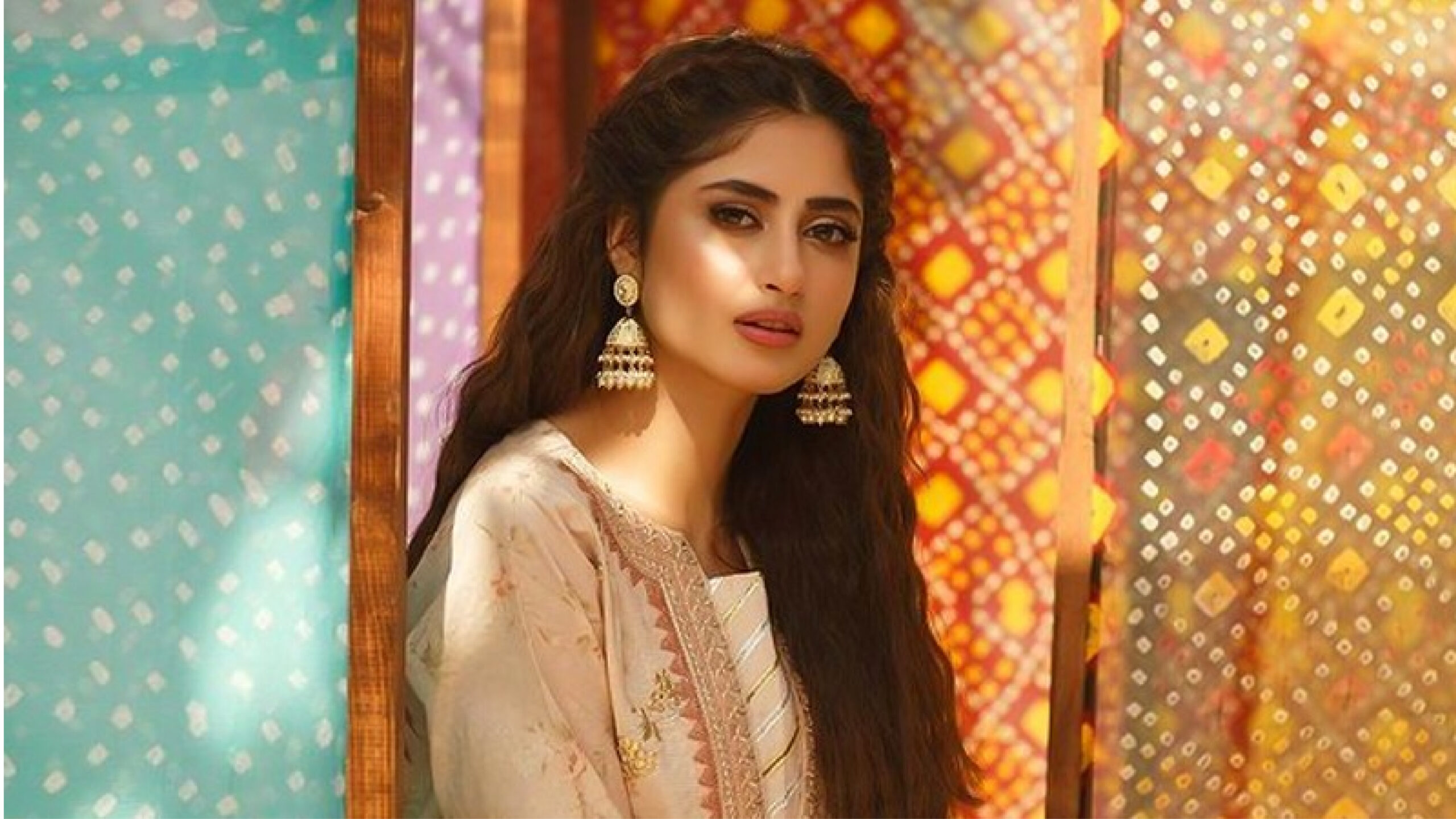 In viral videos, Sajal Aly dances her heart out with friends at Umair Qazi’s wedding celebrations

Pakistani actress Sajal Aly recently danced her heart out at the star-studded wedding ceremony of her friend Umair Qazi. A video of Sajal Aly doing Bhangra on musical dhol beats at a party from the wedding ceremony has gone viral on the internet. In the video, the actress can be seen setting the stage on fire with her killer moves as she dances with her friend and groom Umair Qazi.

Other Pakistani celebrities including Ahad Raza Mir, Yasir Hussain, Urwa Hocane, Iqra Aziz, and Kinza Hashmi can also be seen shaking a leg with Sajal Aly and the groom during the Mehandi ceremony. Other videos in which the ‘Alif’ actress can be seen dancing with her sister Saboor Aly, Zara Noor Abbas and others are also making rounds on social media. These celebrities are taking the internet by storm as they dance to energetic Bhangra beats during the celebrations.

Sajal Aly also shared some adorable selfies with her husband Ahad Raza Mir on her social media accounts from the Umair Qazi’s wedding celebrations. Amid rumours of rift, Pakistan’s most-adored star couple celebrated their first wedding anniversary on March 14. Taking her fans by surprise, Sajal had shared some glimpses from her wedding anniversary celebration in Paris on her Instagram account. Celebrating the occasion, the ‘O Rangreza’ actress posted a beautiful picture from her wedding day with Ahad Raza Mir with a heart emoji on social media.

Amid the COVID-19 pandemic-induced lockdown last year, Sajal Aly and Ahad Raza Mir got married in Abu Dhabi in the presence of their close family members and friends.

In another surprise for their fans, Sajal and Ahad Raza released the first look of their upcoming show ‘Dhoop Ki Deewar’ on their wedding anniversary. In the video clip from ‘Dhoop Ki Deewar’, Ahad’s character Vishal and Sajal’s character Sara are sharing a romantic moment as he plays guitar for her. Directed by Haseeb Hassan and written by Umera Ahmad, the Zindagi Original web series is produced by ZEE5 Global.