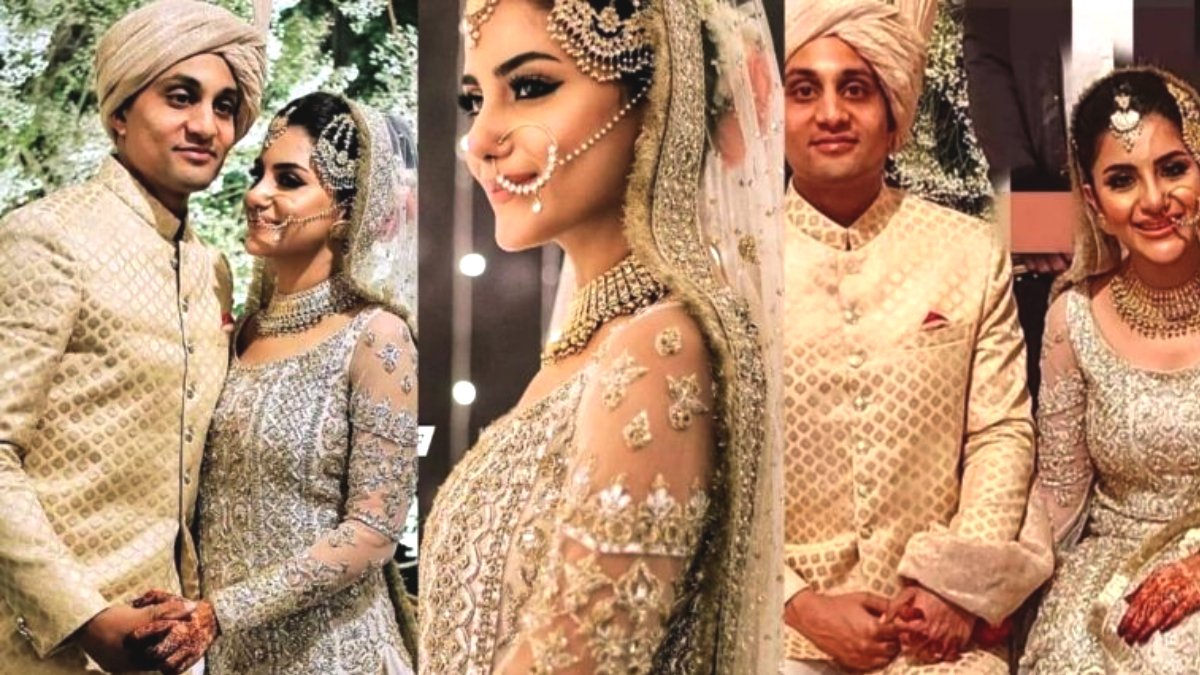 The charming actress who has won millions of hearts with her unmatched acting on television and movies, Sohai Ali Abro wore a traditional bridal attire on the most auspicious day of her life, while her husband Shehzar Shoaib donned a golden sherwani.

With wedding pictures making rounds on various social media platforms, fans and well-wishers have flooded the new power couple with best wishes as they start their journey together as a married couple.

The youngest of siblings, 26 year old Sohai Ali Abro was born in Larkana, Sindh. Sohai did her early education from Sukkur. The actress started her career as a model and then later appeared in several commercials. She has also worked in many dramas and movies. Her most remarkable works include Tanhai, Pyaray Afzal, Jawani Phir Nahi Ani, and Motorcycle Girl. Abro also signed a Hollywood movie titled ‘The Window’ in 2019, which will be her debut Hollywood movie.

The grand wedding was attended by many celebrities from the showbiz and cricketing world. Actor and Producer Humayun Saeed took to Instagram to post a picture from wedding ceremony with the newly weds and captioned it, “Many congratulations to Sohai and Shehzar. May Allah bless you with lots and lots of happiness, prosperity and a lifetime of togetherness.”