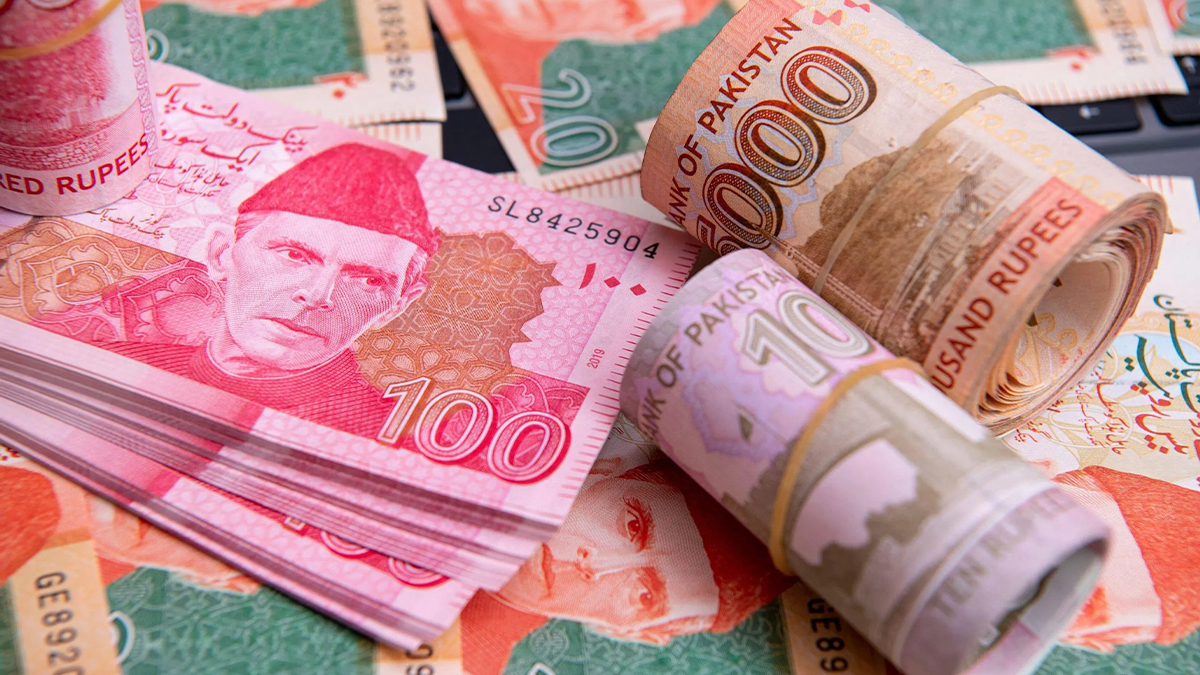 Rupee fell against the Dollar

For the second session in a row, the rupee fell against the dollar on Thursday, losing 62 paise in the interbank market.

After increasing by 11.62 percent against the US dollar over the previous 11 sessions, the value of the rupee started to fall on Wednesday.

The rupee has decreased, according to Saad bin Naseer, director of the online financial data and analytics portal Mettis Global, because exporters are under pressure to keep the value of the dollar at Rs215 per unit.

He also said that there was no longer a rate differential between the interbank market and the open market.

Zafar Paracha, general secretary of the Exchange Companies Association of Pakistan, stated that the rupee was under pressure as a result of the IMF delaying the release of the loan tranche.

“It is anticipated that after the tranche is received on August 29, the value of the dollar will decline. The State Bank of Pakistan’s Monetary Policy Committee meeting on August 24 may decide to raise the interest rate, which could pressure and weaken the value of the rupee.

Otherwise, the value of the dollar is anticipated to decline over the next few days, he added.