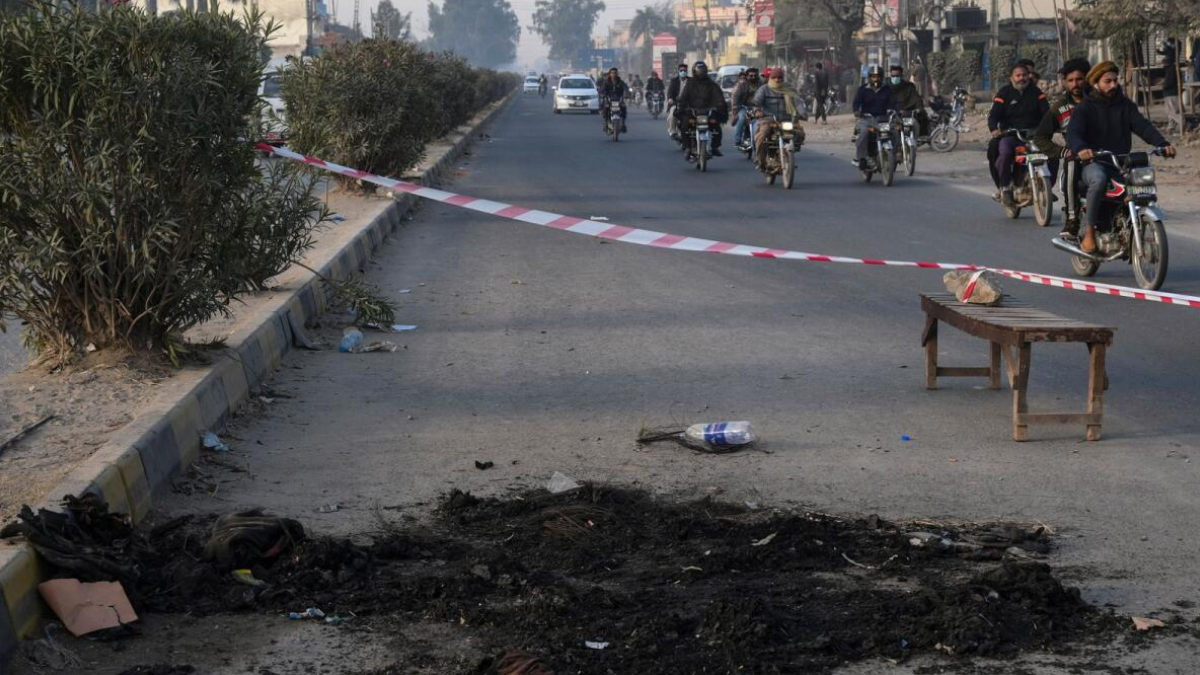 On Friday, furious workers of a garment factory tortured their Sri Lankan manager to death over accusations of blasphemy. Later, his body was set on fire.

The horrendous killing drew widespread condemnation from all across the globe – including human rights bodies.

The 50-year-old Sri Lankan national, Priyantha Diyawadana, was an industrial engineering manager at a sports factory near Noul Mor, Sialkot.

He was mercilessly thrashed in the factory premises by hundreds of angry factory workers armed with batons, rods, fists and kicks while chanting religious slogans all the time.

It merits mentioning that the law enforcement agencies were not seen anywhere around the time of the gruesome episode.

According to witnesses, the problem started when the deceased foreigner allegedly removed some religious posters while inspecting the factory’s workers.

The act angered the factory workers who latched upon him. As per sources, as Priyantha fled upstairs to the roof, dozens of workers chased him and threw him onto the floor.

The manager got severe injuries, but the mob kept battering and clobbering him until he lost his life. Later, his body was dragged outside the factory and set on fire at GT Road Chowk.

The news of the Sialkot incident sent shockwaves through Pakistani Twitter.

As pictures and videos of the incident flooded, politicians, diplomats, activists, social media, and netizens expressed displeasure over the gruesomeness of the killing and called the government’s attention to the spiking extremism in the country.

Prime Minister Imran Khan termed the attack “horrific”, saying it was “a day of shame for Pakistan”.

“All those responsible will be brought to justice with the full severity of the law,” Khan wrote.

As per media reports, the police arrested around 100 people involved, whose role was ascertained by the CCTV footage.