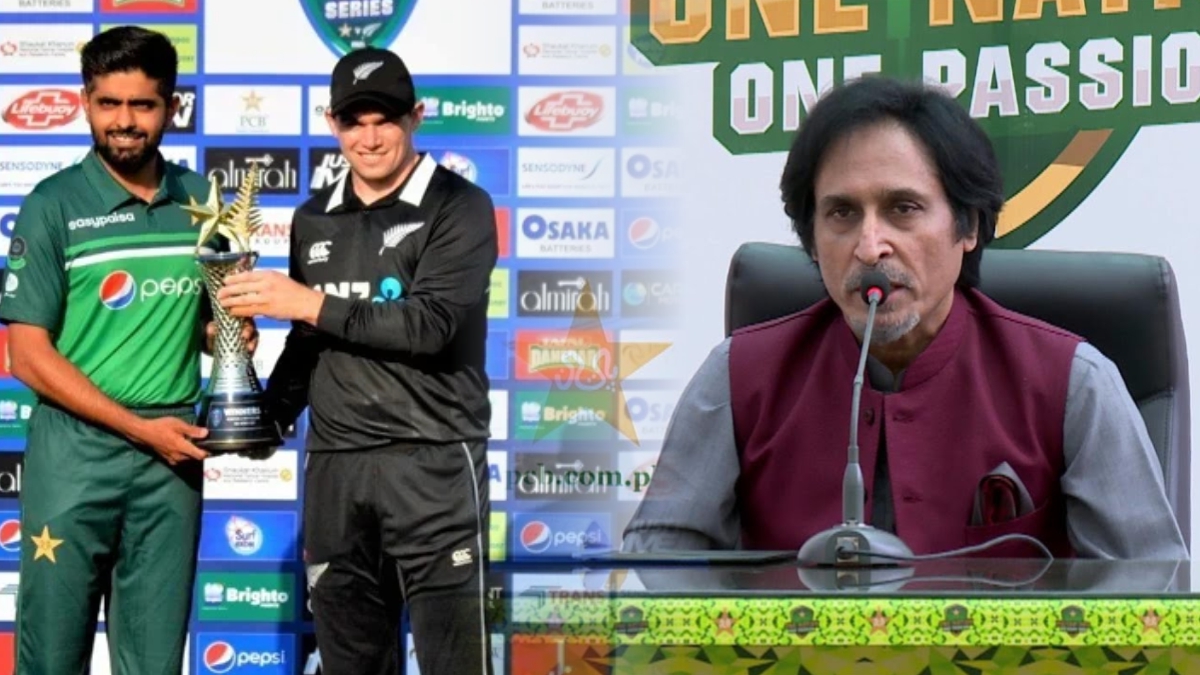 Pakistan Cricket Board (PCB) chairman Ramiz Raja has said that “good news” is set to be unveiled in the coming week regarding the New Zealand cricket board, which was working on a new schedule for touring Pakistan.

Raja was briefing the Senate Standing Committee on Thursday, where he said that the New Zealand cricket board was “rescheduling the tour” after being subjected to pressure by Pakistan.

“Good news is to be revealed soon,” he said.

New Zealand, last month, had abandoned its series citing “security threats” after arriving in Pakistan on September 11 – the first time in 18 years. They had to play a series of three ODIs and five Twenty20 Internationals.

The Kiwis, with this step, had saddened Pakistan’s cricket fraternity by fleeing their tour minutes before the first ODI could start. Their tour cancellation was succeeded by England also deferring their tour.

Ramiz said the PCB would present its terms before the NZC and select the month of November 2022 for rescheduling the recently called-off series.

Raja said the PCB should strengthen its financial status in a bid to increase its value before the other cricket boards as well as the International Cricket Council (ICC)”.

He said the Board of Control for Cricket of India (BCCI) generates 90% of  ICC’s revenue, whereas the PCB contributes nothing – thus has less respect.

“I’m afraid Pakistan’s Cricket may collapse if the BCCI stopped funding the ICC,” he said.

“The reality is that cricket now revolves around money, and now everything in world cricket has become commercial. The PCB has to strengthen its financial standing to increase its stature before the cricketing world.”

Raja said the PCB has to generate money for itself and the ICC as well.

It merits a mention that the incumbent PCB chief is holding meetings with different business people of Pakistan these days to strengthen investment in Pakistan Cricket.