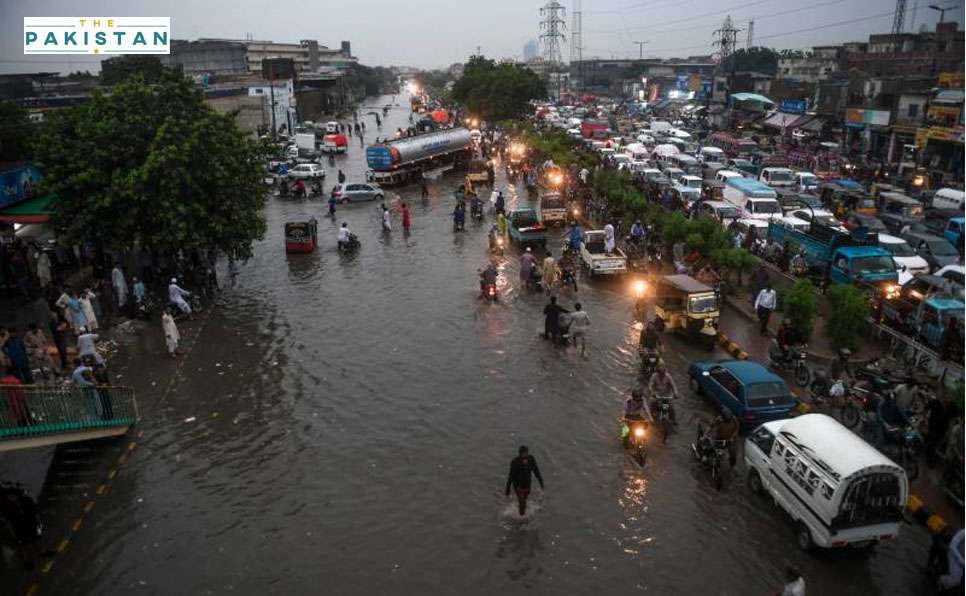 The monsoon spell on Thursday wreaked havoc on the city of Karachi as more than 13 lives were lost, thousands of homes demolished, billions of losses caused to the industrial sector and caused irreparable damage to the city’s transportation infrastructure.

All over Sindh, districts like Dadu, Hyderabad, Naushahro Feroze, Badin, Thull, Sobhodero were submerged in water.

The 53-year record breaking rain was a disaster, ashomes, schools, industries and roads were inundated with water running as deep as six feet. At some places, water was reported to have pooled as high as 12 feet. The city’s roads are inaccessible, there is flooding everywhere.

Life was paralysed as almost all of the underpass, roads and streets were flooded with K-Electric — the city’s power utility company shutting down all feeders to avoid any untoward incident.

The Sindh Government was forced to call in the federal government and seek help from the national institutions like the Pakistan Army to help intervene as the situation was way beyond the provincial government’s abilities.

“My government is fully cognizant of the suffering of our people in the wake of the heavy rains, especially the people of Karachi. I am personally monitoring the relief & rescue operations & am in constant contact with Chairman National Disaster Management Authority and Governor Sindh for regular updates,” tweeted Prime Minister Imran Khan.

“We will be announcing a plan for a permanent solution to the problems caused by floods by cleaning of nullahs, fixing of the sewage system and resolving the huge challenge of water supply to the people of Karachi. We will not abandon the people of Karachi in their time of crisis,” he ensured the citizens of the country’s largest city.