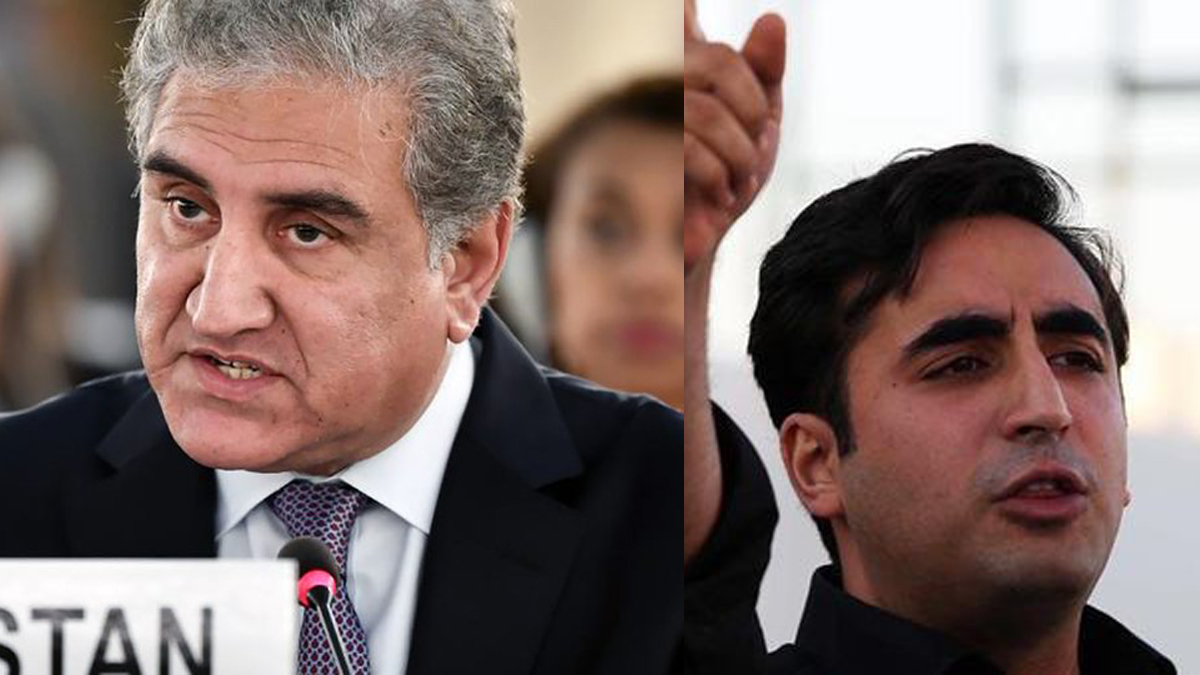 Bilawal Bhutto accused Qureshi of conspiring and campaigning to become the prime minister of Pakistan instead of Yousuf Raza Gillani.

He asked the intelligence agencies to tape Qureshi’s phone and notify the Prime Minister of the real face of his foreign minister.

After this, Shah Mehmood retorted to the ridiculing remarks of Bilawal Bhutto. Qureshi said that he knows Bilawal Bhutto since childhood and knows his family inside-out. The foreign minister added that Bilawal comes with a few written scripts in the national assembly and has nothing of value to add.

Foreign Minister said Bilawal spoke about respecting parliamentary procedures but under his own nose, the opposition leader in the Sindh Assembly was not allowed to comment on the provincial government’s budget.

After the speech of Qureshi, Bilawal said he has the right to respond to the foreign minister. He said, “We know this man from Multan far better than anyone. I don’t want to take his name because he is not important to me at all”.

He added that Imran Khan has yet to know what kind of person Qureshi is. “I have seen him raising the slogans of ‘Aik Zardari Sab Pe Bhaari’ and ‘Jeay Bhutto’to save his ministry from going,” he said.

“This foreign minister is a threat for his party and his prime minister,” Bilawal continued. Bilawal warned if the treasury benches did not allow him to speak, Imran Khan would also not be able to deliver his speech in the National Assembly. “If you do not follow the rules, sadly this House will not run. This foreign minister is the key player in the betrayal of Kashmir, he has failed to manage a phone call from US President Joe Biden but has to deal with the emerging situation in Afghanistan

US war the darkest period of our history: PM Khan