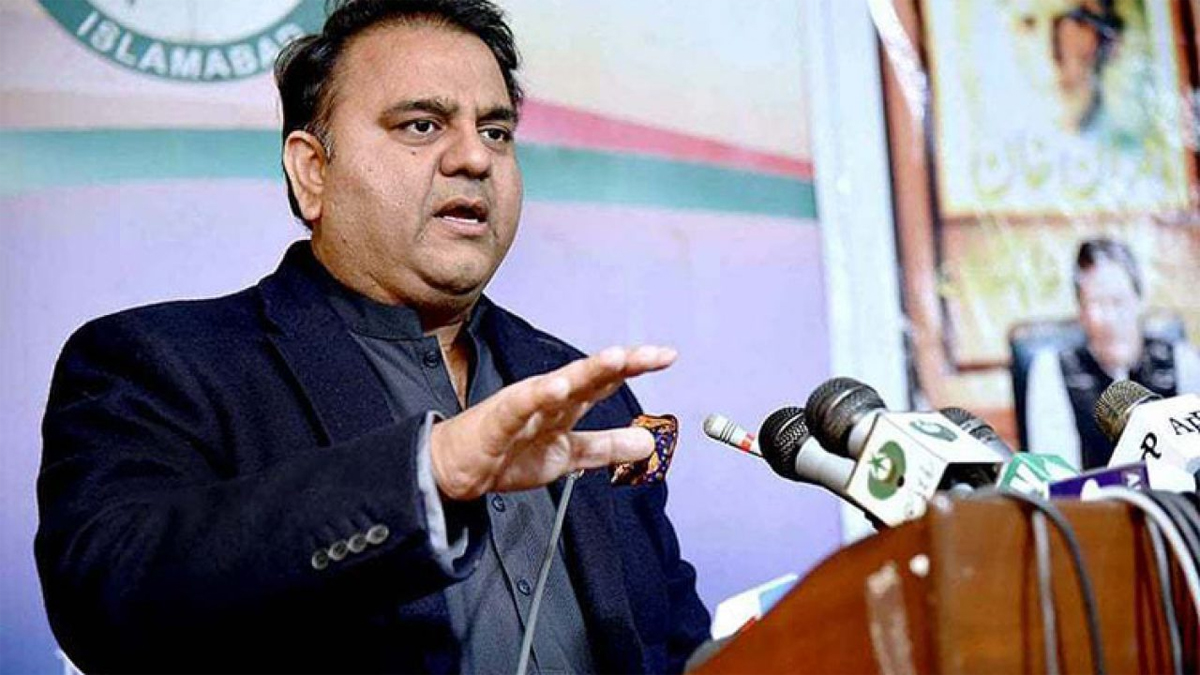 Fawad Chaudhry, the leader of the Pakistan Tehreek-i-Insaf (PTI), requested retaliation against cabinet members and the prime minister in response to the audio leaks that were coming from the Prime Minister’s House and included discussions between the prime minister and senior government officials.

The former minister of information stated during a news conference that the audio leaks were a “very serious issue” that needed to be thoroughly looked into. He asserted that it was unexpected that the PM House had not commented on the situation or declared an investigation. After that, the authorities launched an investigation.

The PTI leader cited a media report to assert that the government was in negotiations with the alleged hackers to buy the stolen information in order to avoid the release of additional audio snippets. Mr. Chaudhry questioned this tactic and demanded to know what assurance there was that the alleged hackers wouldn’t blackmail the government once more.

He asserted that the so-called hackers claimed to have access to security agency communications about matters of national security as well. A “breach in the cyber-security” at the PM Office, according to Mr. Chaudhry, who also noted that “140-hour-long audio leaks” of the PM House had been accessible online since Aug. 20 but that none of the institutions were aware of that.

The PTI leader criticized the Intelligence Bureau, claiming that despite spending billions of rupees, the agency was utterly ignorant of the activities at PM House despite monitoring them.

Read More I ‘NRO-2’ Given to Most Corrupt Characters, Imran Says

The administration, he claimed, “failed to react to the tragic situation even after several hours,” even after a Twitter account was set up and a few minutes of the chat were leaked to the public, he alleged.

In addition, the former minister requested the speaker of the National Assembly to call the prime minister and other lawmakers before the NA privilege committee and ask them questions on the leaks. Additionally, he insisted that the PM House get the newest debugging technology.

Commenting on the information contained in the leaks thus far, Mr. Chaudhry criticised the prime minister for even considering the import of machinery from India through another nation and demanded that anyone prepared to break the rules of his own nation be referred to as “sadiq” and “amin.”

He also made reference to another leaked video in which a number of cabinet ministers were seen debating the resignation of PTI parliamentarians. He claimed that Nawaz Sharif, the PML-supreme N’s leader, was making these choices from London.

He added that the PTI will send all of these audio tapes to the Supreme Court so that the high court could make a decision on the subject and expressed his hope that the top justice of Pakistan would take notice of the situation.

Housing Societies — An Animal To Be Tamed