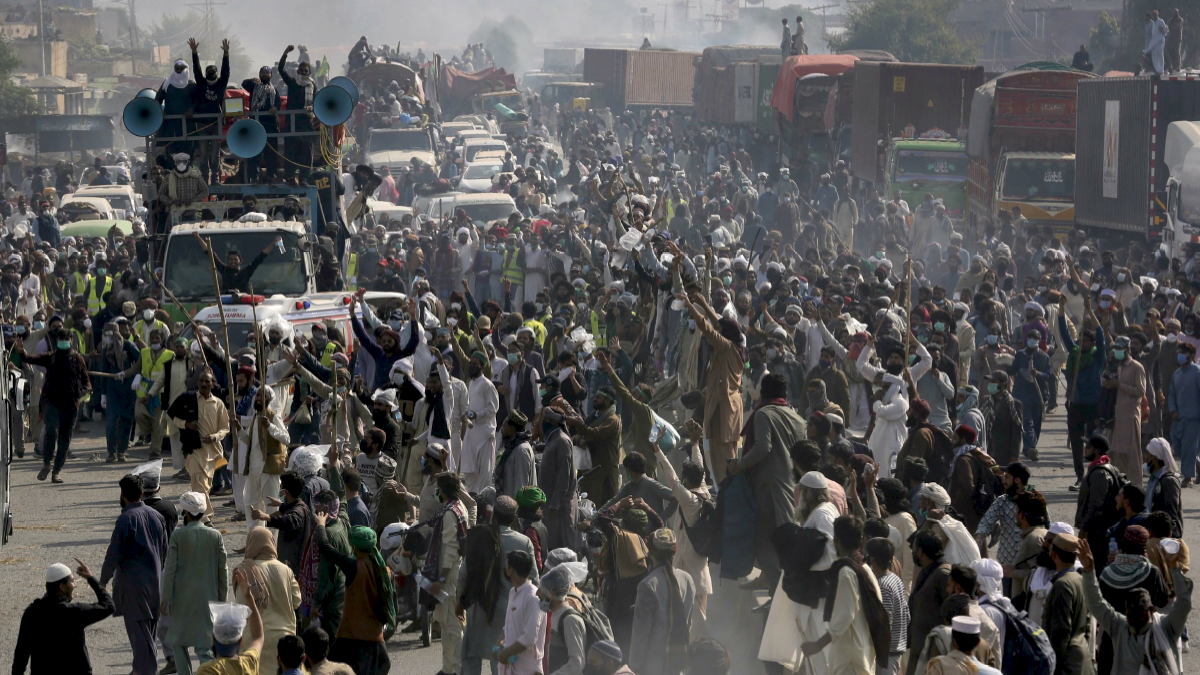 Participants in The Khwazakhela Peace Rally

On Saturday, the police filed a FIR against several of the participants in the Khwazakhela ‘peace rally’ for allegedly chanting anti-security forces sentiments.

According to Swat District Police Officer Zahid Nawaz Marwat, the FIR was filed after some of the participants screamed anti-security forces slogans and attempted to discredit state institutions.

They also abused public institutions, according to the DPO, who added that “those who slander state institutions will be dealt with in accordance with the law.”

Participating in The Operation

The DPO did not provide the facts of the FIR, stating that he was in the field participating in the operation against the “militants” in the region.

On Saturday, Inter-Services Public Relations dismissed as unfounded allegations of TTP rampage in Swat. It did, however, state that a “small number of armed men on few mountain-tops between Swat and Dir have been sighted,” which are placed far from the populace. “It appears that these individuals snuck into Afghanistan to resettle in their native districts. A close eye is being kept on their limited presence and mobility in the mountains,” warned the ISPR.

According to family members of individuals included in the FIR, the complaint was filed under Sections 16 of the MPO and Sections 504, 506, 149A, 124A, 124B, and other provisions of the Pakistan Penal Code.

They recounted that on August 8, a large number of civilians demonstrated against the recent presence of militants in the mountains of Matta tehsil, which borders the Swat and Dir districts.

“Recently, an unnamed person posted a video on social media showing a man claiming to be a Talib militant interviewing Matta circle DSP Pir Syed and two security personnel. Following that, the police published a statement admitting that the Matta circle DSP was injured by the firing of certain militants in Kanala mountains of Matta tehsil,” claimed Khurshaid Kaka Ji, a Swat Qaumi Jirga spokesperson. He went on to say that in response to the developments, thousands of Swat residents held a rally condemning the appearance of terrorists.