Eight Killed in Rains in Balochistan 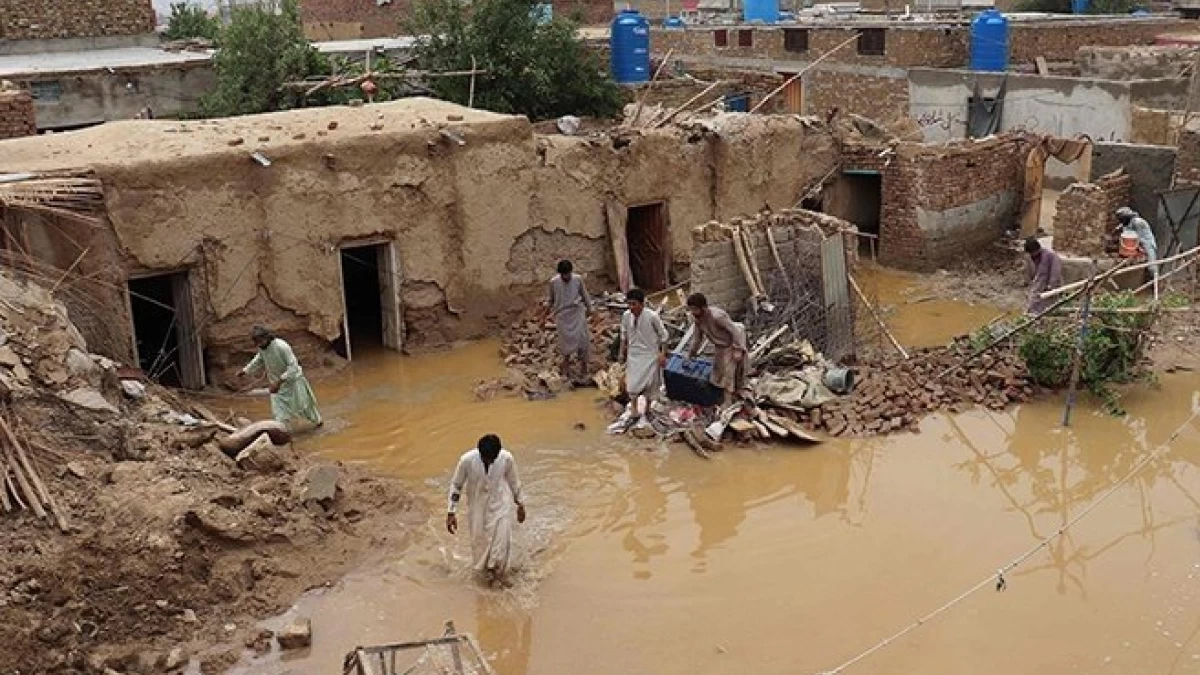 At least eight people were killed in the latest round of heavy rains and flash floods in Balochistan, traffic between Khyber Pakhtunkhwa and Gilgit-Baltistan was halted for the second time this month after flash floods washed away a bridge, and the Met department forecast thunderstorms with “heavy” to “very heavy” rains and occasional strong winds in several parts of Sindh over the next two days.

“The well-marked low-pressure area over the northeast Arabian Sea has increased into an intense low-pressure area (depression) with a maximum wind speed of 50-55 kilometres per hour,” a Met department advisory said, adding that none of the coastal areas were currently under threat.

“The system is located about latitude 22.6N and longitude 66.4E, roughly 260 kilometres south/southeast of Karachi and 280 kilometres from Thatta. This weather system is expected to move northwest at first, then westward,” it warned.

Chief Meteorologist Dr Sardar Sarfaraz said that the system was unlikely to become a cyclone since the current monsoon conditions did not favour its formation, and that the depression will most likely go to the next stage, known as deep depression, before dying out.

According to Dr. Sarfaraz, the low-pressure region above India’s Rajasthan state has decreased, allowing the existing pattern of isolated heavy to very severe rains in Sindh to continue.

“The sea conditions would continue rough for the following three days. Fishermen in Sindh are urged not to venture out into the open sea until August 14, and those in Balochistan should be especially cautious during the forecast time,” according to the advisory.