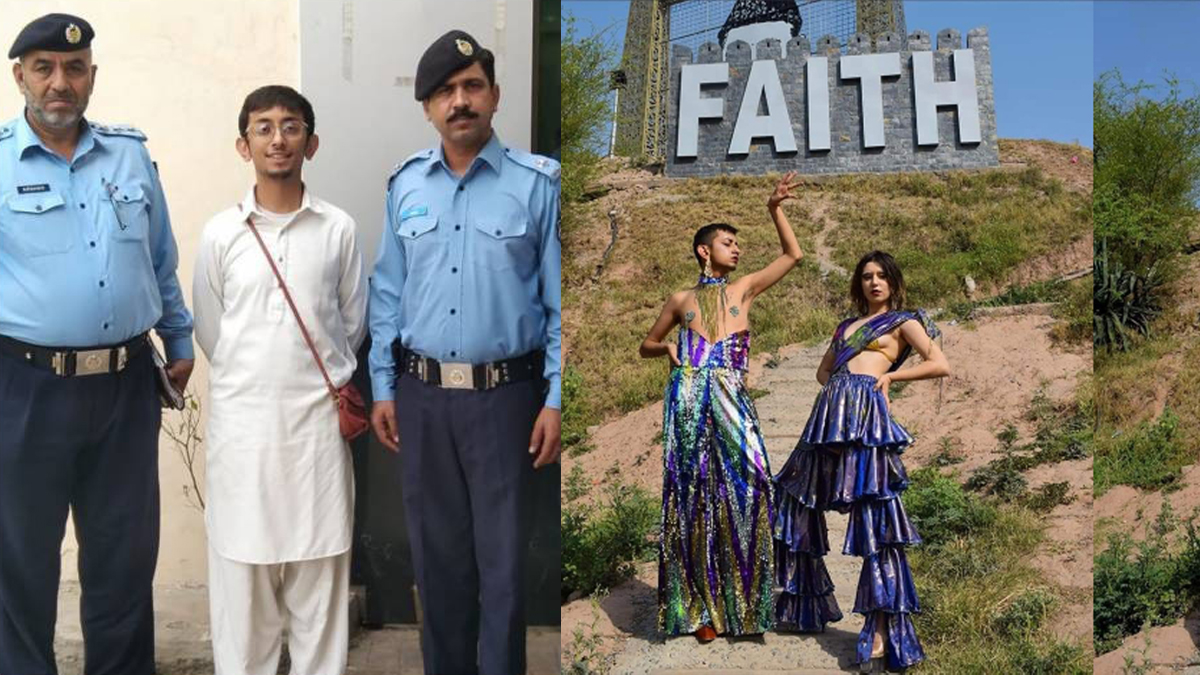 Islamabad Police, on Tuesday, arrested the accused, Zulfiqar Mannan, involved in the vulgar photoshoot along with the Quaid-e-Azam portrait in Islamabad.

The female model, who can be seen along with Zulfiqar in the pictures, is yet to be arrested.

The law enforcement agencies said that a search is on for that female model.

According to details, the capital city police arrested Zulfiqar from Lahore, and he will now be brought to Islamabad. Zulfiqar will then be produced before the court.

The duo had sparked nationwide outrage after a photoshoot in obscene and vulgar attire in front of the Quaid-e-Azam portrait in Islamabad.

The pictures went viral on social media soon, and netizens demanded action against the two models for wearing such revealing costumes in public.

Zulfiqar is a grad student at Yale with an English major, primarily concentrating on anti-colonial literature, subjectivity, and public writing to explore the themes of gender, power, and revolution.

On August 4, a case was registered at the Koral Police Station on the complaint of a citizen named Rashid Malik. The FIR said that the duo had taken pictures in revealing dresses ahead of the portrait of the country’s founder Quaid-e-Azam and had made these photos viral on social media.

As the pictures surfaced on social media, hashtag Islamabad became a trend on the microblogging site Twitter and divided the social media users. Some slammed the modelling couple for propagating obscenity and mocking the country’s founder. Others, however, termed it freedom of expression.

Due to a massive outrage on the internet, the couple had to delete their Instagram accounts, citing vulgar and threatening messages. The couple believed that they posed for photos while practising their right to express themselves.

Zulfiqar’s arrest raises the question of why the police had to put in all the efforts to arrest a peaceful musician, not harming anyone, while rapists and harassers roam free.