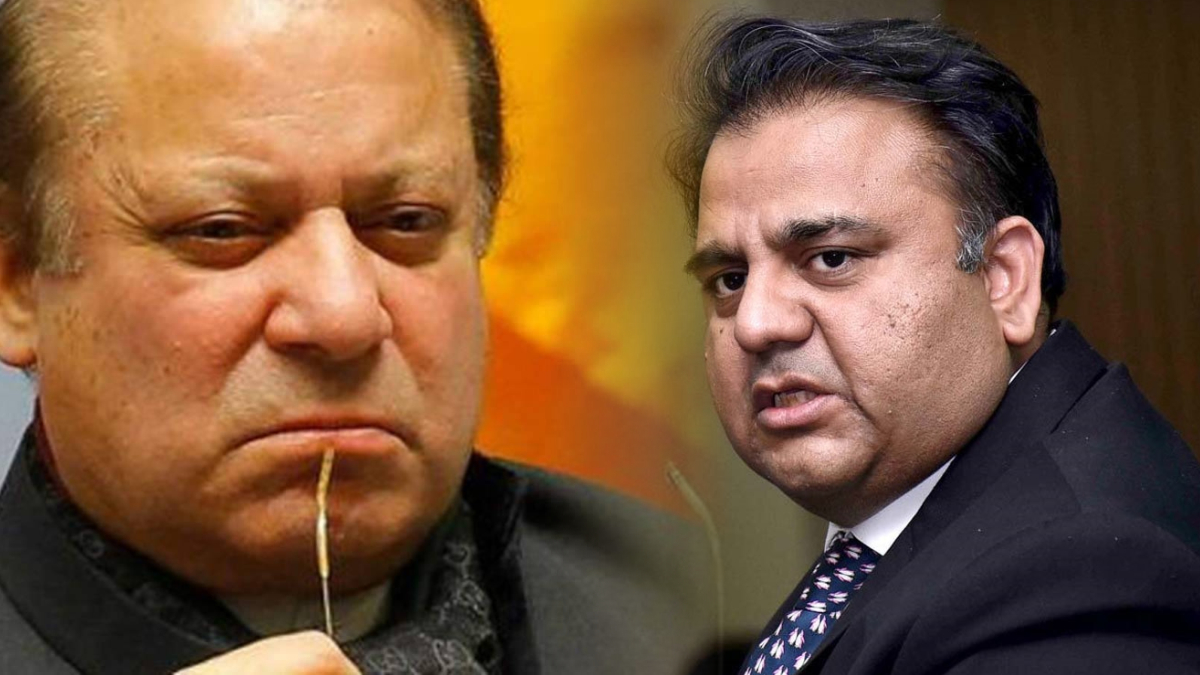 Pakistan Tehreek-e-Insaf’s (PTI) Fawad Chaudhry claimed Sunday that four leaders of the Pakistan Muslim League-Nawaz (PML-N) asked ‘someone’ to consider them instead of Nawaz Sharif.

Chaudhry said names of the four would get public soon.

“They asked someone to consider them if their party supremo did not return.”

“The four leaders told the person that Nawaz Sharif did great disservice to the country and they should be considered instead,” the federal minister for information and broadcasting said.

Chaudhry said an exciting race was on within the opposition party.

“Let me drop some hints regarding them,” the minister said. “You all know them. They are present in the front row of every party meeting,” smirked Chaudhry.

The federal minister was talking to journalists at Lahore Press Club on Sunday.

Meanwhile, the special assistant to the prime minister on political communication, Shahbaz Gill, alleged that Shehbaz Sharif had “begged for a deal for four people”. He said the opposition leader asked for special consideration for Nawaz Sharif, Maryam Nawaz, and Hamza Shehbaz.

He said a request was made for the three individuals to be allowed to leave the country whereas “Mr Khaqan Abbasi will stay”.

Chaudhry and Gill spent their weekend taking jibes at PML-N and PPP despite the ruling party suffering a hefty blow in the Khyber Pakhtunkhwa local elections.

Fawad said political parties such as PPP and PML-N were “alive due to media coverage”.

“The PTI is the largest political party,” he said.

Chaudhry said political leaders like ex-premier Nawaz Sharif and former president Asif Ali Zardari caused severe damage to the Pakistani economy through foreign debts. “Their loans have taken the PTI government to pay off these debts.”

He said the leaders had nothing to do instead of “raising hollow slogans and tall claims”. He said the PTI government was focused on development.

Ways to use multiple WhatsApp accounts on one phone