PM Shehbaz for Security of Foreign Investors in Balochistan 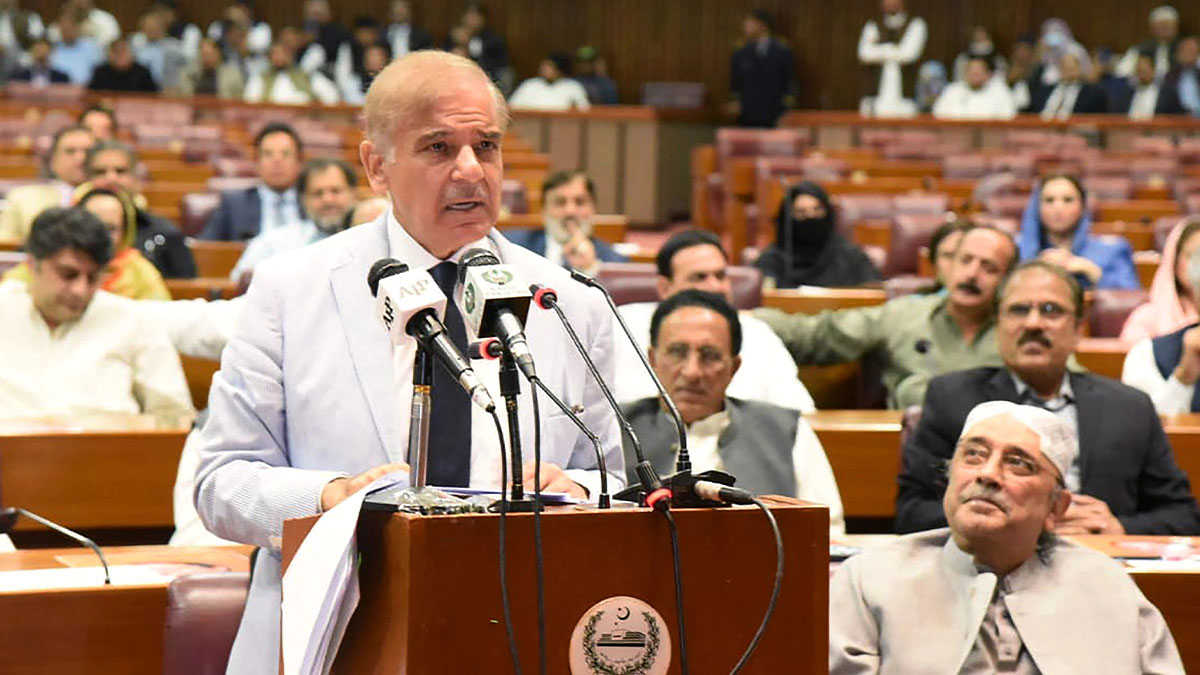 People Of Gwadar Have Been Encouraged By Prime Minister

The people of Gwadar have been encouraged by Prime Minister Shehbaz Sharif to safeguard the safety of international investors who are making large investments in the development of Balochistan.

“For 75 years, Pakistan has received assistance from nations such as China, Saudi Arabia, the United Arab Emirates, Turkey, Qatar, and others in the form of financial support and diplomatic cooperation,” he mentioned, while addressing a group of fishermen and other visitors at the Gwadar Business Centre on Friday during his daylong visit to the port city.

“They will go back if we do not fulfil our responsibilities to ensure the security of their investors, engineers, and workers,” he said.

Chinese Premier Had Promised Him Assistance Financially And Cooperation

The Chinese premier had promised him assistance financially and cooperation during the prime minister’s visit to Beijing, and an agreement was recently signed under which China would lend Pakistan $2.3 billion in subsidised loans.

“Saudi Arabia and the United Arab Emirates had also offered assistance to Pakistan.”

These Nations Had Not Imposed Any Restrictions On Foreign Investment

He said that these nations had not imposed any restrictions on foreign investment in Pakistan or the growth of “our agriculture, industries, or energy sector.” “Sadly, their engineers, employees, and other individuals that aid in our development are being attacked.”

The delay in finishing the construction projects started in Gwadar five years ago infuriated PM Sharif.

He regretted that Balochistan’s power and water supply problems hadn’t been fixed for a very long time. In the next weeks, a contractor would begin work on a 100 MW electrical project, which would take three months to complete. He said that during the most recent trip to Tehran by Energy Minister Khurram Dastagir, Iran has committed to providing 100MW of more electricity.

Iranian Side Had Finished The Project At Its End

Although the Iranian side had finished the project at its end, the prime minister claimed that the previous administration had delayed the construction of 29 km of transmission lines for the provision of 100 MW from Iran.

He stated that actions were being made to address the challenges of displacement and poor access to the sea that was harming the fishing sector, in reference to the concerns of fishermen. He claimed that the Public Sector Development Program had made room for the creation of Gwadar University. A memorandum of agreement for the construction of a 100-bed hospital in Gwadar was earlier signed in front of PM Sharif by representatives of the GDA and Indus Hospital.

When Prime Minister Sharif visited the port city of Gwadar, the Maulana Hidayat-ur-Rehman-led Gwadar rights movement and relatives of victims who had been forcibly disappeared organised protest gatherings. At Y-Chowk, hundreds of supporters of the “Gwadar Ko Haq Do” campaign, members of various political parties, and members of civil society assembled with placards and banners bearing their demands.

Hera Pheri 3 is Officially in the Works