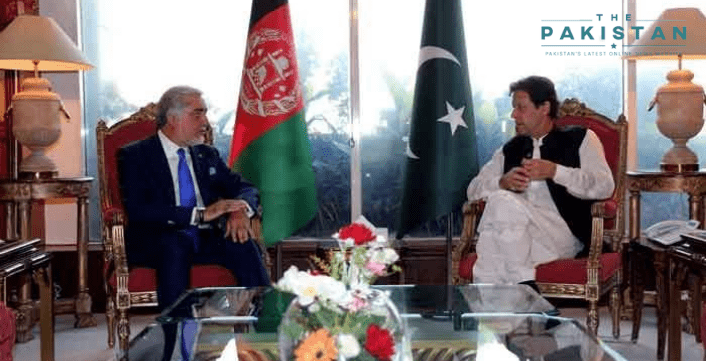 Prime Minister Imran Khan met with the Afghan Reconciliation focal person Abdullah Abdullah, who is on a three-day tour in Pakistan to take input on the Afghan Peace negotiations.

Extending a warm welcome, the Prime Minister conveyed his best wishes for the successful outcome of the Afghan peace process. He expressed the hope that Dr. Abdullah Abdullah’s visit will help open a new chapter in the bilateral relationship between Pakistan and Afghanistan.

The Prime Minister reiterated his longstanding position that there is no military solution to the conflict in Afghanistan and that a political solution is the only way forward.

He also expressed gratification that the international community had come to recognize this stance and also acknowledged Pakistan’s positive role in facilitation of the Afghan peace process.

The U.S.-Taliban Peace Agreement was a major step forward in these endeavours. Commending the start of the Intra-Afghan Negotiations in Doha on 12 September, the Prime Minister expressed the hope that Afghan leadership would seize this historic opportunity to work together constructively and secure an inclusive, broad-based and comprehensive political settlement, a press release showed.

The Prime Minister underscored that all Afghan parties must work for reduction in violence leading to ceasefire. The Prime Minister conveyed that Pakistan would support whatever the Afghans agree upon about the future of Afghanistan. He further reaffirmed Pakistan’s full support for the post-conflict Afghanistan on its path to reconstruction and economic development.

In the bilateral context, Prime Minister Imran Khan highlighted that Pakistan and Afghanistan had immense trade complementarities and emphasized the need to optimally utilize these capacities for mutually-beneficial trade and transit. He assured that Pakistan will continue to undertake all efforts to facilitate Afghan transit trade and deepen our bilateral trade and economic ties and people-to-people exchanges with Afghanistan, the press release added further.

The Prime Minister stated that he was looking forward to his visit to Afghanistan on the invitation of President Ashraf Ghani.