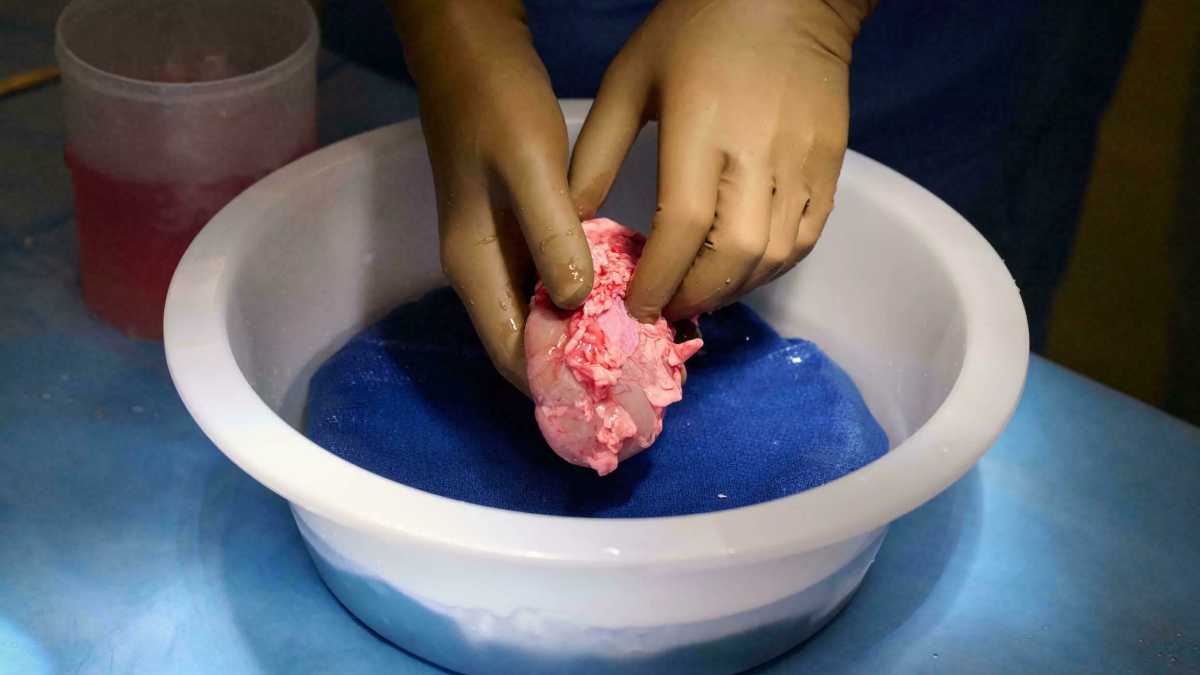 Carried out on September 25, a surgery involved a genetically modified animal and a brain dead patient whose family had authorised a two-day experiment to advance science.

The organ was able to decline the level of the molecule creatinine, an indicator of kidney health that was given to the patient prior to the transplant.

Dr Robert Montgomery performed the surgery with several of his colleagues over the course of two hours.

He said the surgery did what it was supposed to do – removing waste and making urine.

He joined the kidney to blood vessels on one of the patient’s legs so that he could observe it and collect biopsy samples.

The patient wanted to be an organ donor; however, his family was disappointed when told that his organs were unsuitable.

The family felt a sense of relief when they saw that this was an added opportunity for donation. The patient was shifted off the ventilator, and he passed away following the 54-hour test.

Earlier researches showed that kidneys from pigs are functional in nonhuman primates for up to a year. It merits a mention that this was the first time it had been attempted for a human patient.

The donor pig was from a herd that had undergone an editing procedure to knock the gene out, producing a particular sugar. It, otherwise, could have triggered a hefty immune response and could have led to organ rejection.

Montgomery plans to give the findings to a scientific journal for its next month’s publication – saying that a clinical trial would happen in around a year or two.

According to media reports, experts welcomed the news cautiously, who said they would like to see the peer-reviewed data prior to drawing firm conclusions.

It merits a mention that the news comes amid a shortage of transplant organs.