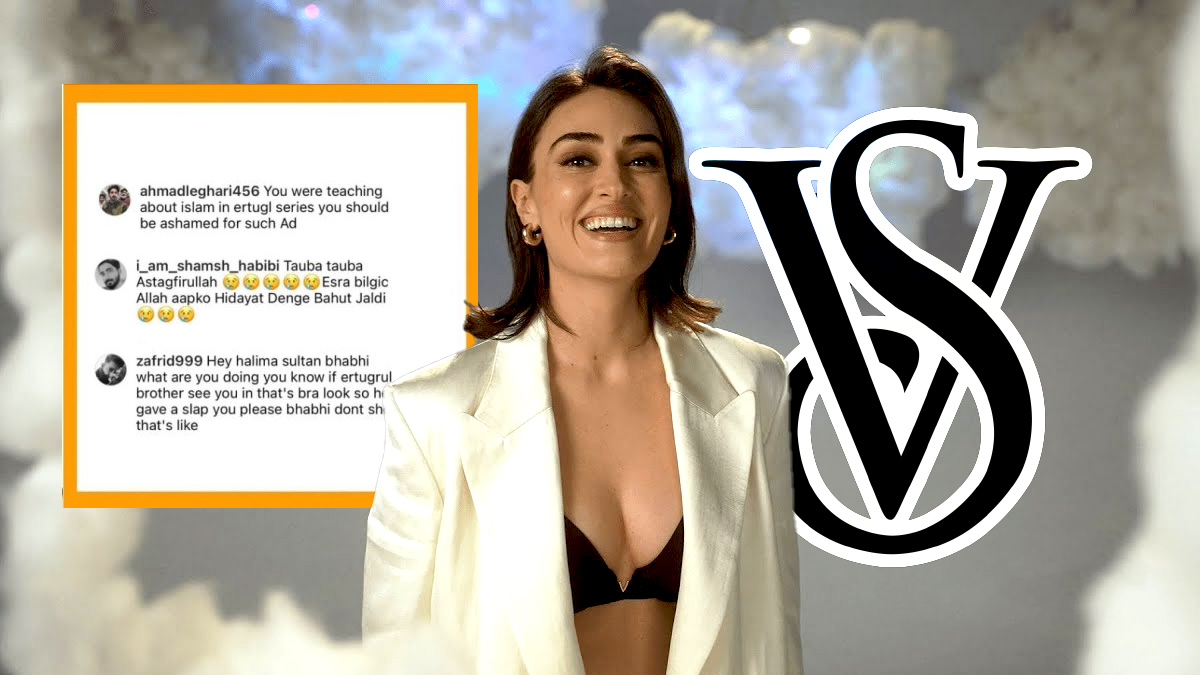 Turkish diva Esra Bilgiç has starred in an ad campaign for Victoria’s Secret.

However, her Pakistani fans have lost their minds, watching ‘Halima Baji’ wearing and promoting just a bra.

The Turkish actress is a household name in Pakistan due to the nation’s obsession with Diriliş: Ertuğrul.

Playing the character of a warrior princess in the show, Esra amassed a huge following on social media, with most of the fans being Pakistanis.

The 28-year-old became an honorary Pakistani celebrity. She is an ambassador to PSL’s Peshawar Zalmi and models for local brands like Maria B and Khaadi.

However, just as her shoot for Victoria’s Secret went viral, the “moral police” didn’t spare a second to get on her case yet again.

The Pakistani men in her comment section actually believe that she really is Halime Hatun. Pakistani commenters reminded her of the “traits” they believe she has as Hatun. “Dear lord! You have actually shamed Ertugrul Bhai,” a user wrote under her Instagram post.

One even asked the actor to delete her post, while others said she had the onus to carry the “honour” of the tribe that Hatun hailed from. Her post also broke “many hearts”, but one follower offered her “Pakistan’s money” to stop shoots like this.

Their unwarranted comments caused “embarrassment” for other fans who didn’t agree with the remarks left on Bilgic’s post. Many sane Pakistanis sincerely apologised for it.