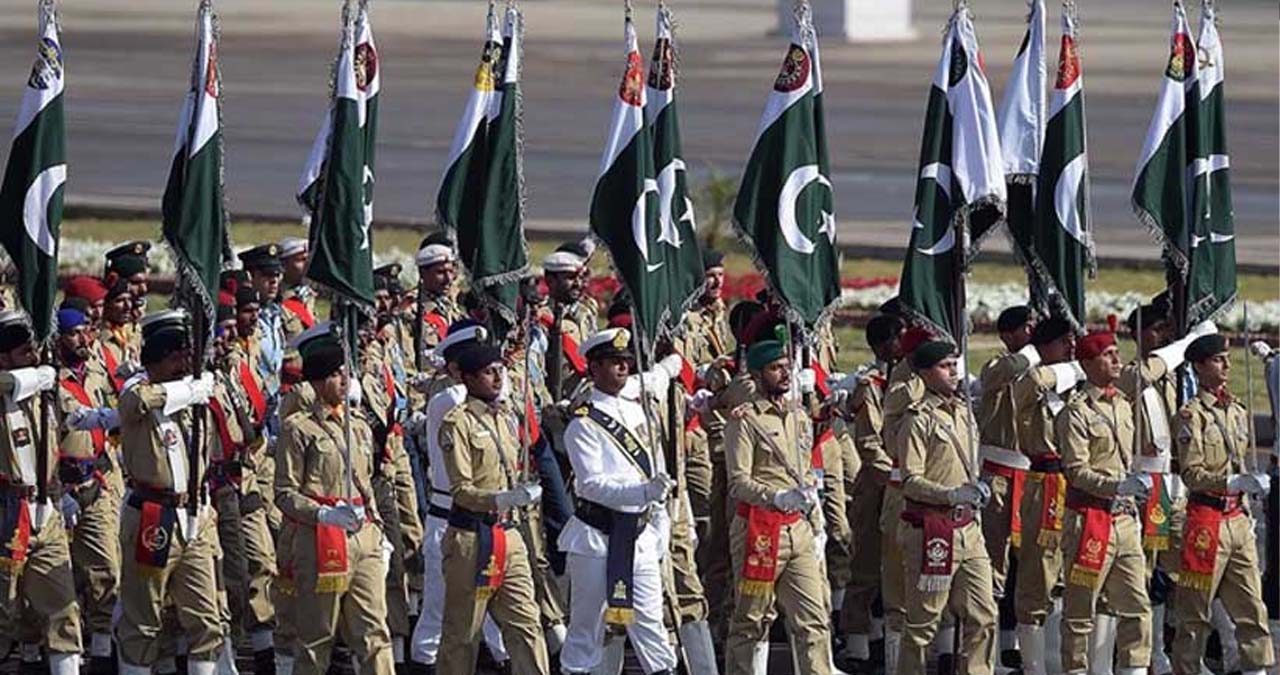 On Wednesday, the country celebrated Pakistan Day, with the armed forces showing their might in the military parade in Islamabad.

Pakistan Day commemorates the Lahore Resolution on March 23, 1940 — a day when the All-India Muslim League placed a demand for a separate nation for the Muslims of British India.

The dignitaries participating in the 48th Session of the Council of Foreign Ministers of the Organisation of Islamic Cooperation (OIC) were present at the occasion as guests of honour.

According to Radio Pakistan, special prayers were offered in mosques for Pakistan’s progress and prosperity.

The main highlight of the day is the grand military parade in Islamabad in which the armed forces conduct a march, and fighter planes present aerobatic manoeuvres.

Moreover, troops from other countries, including Uzbekistan, Turkey, Azerbaijan, the Kingdom of Saudi Arabia and Bahrain, also took part in the parade.

In his address, President Arif Alvi said Pakistan was a responsible atomic power that strived for peace with all other nations.

He clarified that Islamabad would never compromise on its sovereignty and security and would give a response to any aggression directed towards it. “Our nation won’t think twice before making any sacrifice for the country’s security,” Alvi stated.

In his message, PM Khan stressed that Pakistan came into being after a democratic struggle and the secret to its development stood in “honesty, hard work, and morality”.

“We need to obey the principles of Unity, Faith and Discipline, and rededicate ourselves to develop our country as a truly democratic welfare state. On March 23, it is pertinent to reflect upon the challenges confronting us,” he said.

Depression, anxiety on the rise among Karachi youth, research says