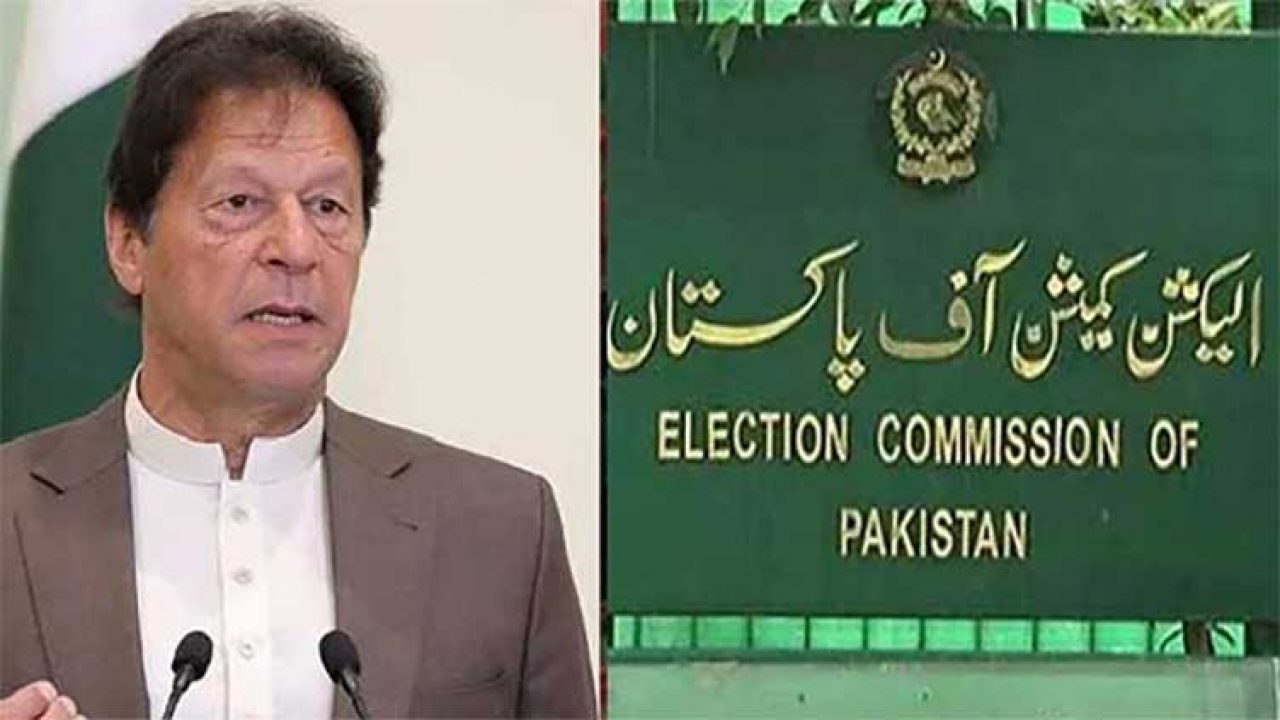 A Lahore High Court (LHC) full bench has set the date of January 9, 2023, to resume hearing of two identical petitions concerning PTI (Pakistan Tehreek-e-Insaf) Chairman and former Prime Minister Imran Khan’s disqualification by the Election Commission of Pakistan (ECP) in the Toshakhana case.
The LHC full bench includes Justice Abid Aziz Sheikh, Justice Said Mahmoud Sethi, and Chief Justice Muhammad Ameer Bhatti.
Earlier this month, the electoral body initiated the process to remove Imran Khan as PTI chairman. A notice was issued to him on December 6.
Earlier, the election commission also disqualified Imran Khan under Article 63 (1) (p) for making “an incorrect declaration” in the statement of assets and liabilities for the year 2020-21. A trial court in Islamabad also summoned Khan, alleging that he did not share details of the gifts he took from the Toshakhana, a government-owned department of Pakistan.

The two petitions concerning Khan are under the Toshakhana reference. One of the petitioners, Jabir Abbas Khan, has filed an application for an early hearing of the petition. He argued that the ECP “illegally” and “unlawfully” disqualified Imran Khan under Article 63(1p) of the Constitution. He argued that sections 137(4), 167 and 173 of the Elections Act do not contain the word ‘disqualification’.
The other petition was filed by Advocate Mohammad Afaq. It said that the ECP disqualified Khan on charges of corrupt practices. He said that Khan was violating the laws by continuing to be the head of the PTI.
He said that under 63 of the constitution, Khan was not entitled to stay as an office-bearer of a political party. He urged the court to order the ECP to remove Khan as head of the PTI.
Earlier, former Pakistan Prime Minister of Pakistan, Nawaz Sharif, also said that Khan was involved in corruption worth Rs 50 billion.

How to celebrate Eid in 2023 in Pakistan