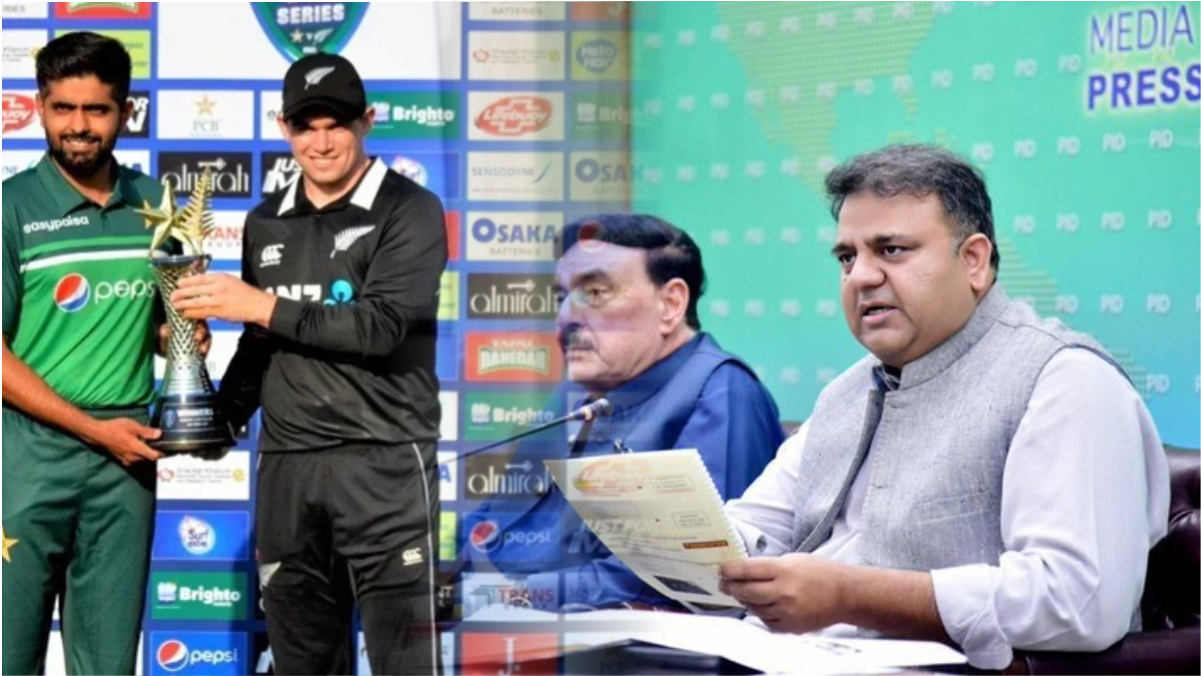 “A threatening email that made New Zealand call off the Pakistan tour was sent from Mumbai,” said Chaudhry.

Addressing a joint presser here in Islamabad, along with Minister for Interior Sheikh Rasheed, the information minister said the country was in the middle of a hybrid and fifth-generation war.

He said an article was then published in The Sunday Guardian, on August 21, by Abhinandan Mishra – the paper’s bureau chief – who also advised that the New Zealand cricket team could undergo an attack in Pakistan.

However, despite all these threats, the New Zealand team did not cancel their tour and came to Pakistan.

“I want to reiterate that both Pakistan and New Zealand’s security agencies conducted a probe and reached the conclusion that the threats sent on August 19, 21, and 24 were all forged,” he noted.

Chaudhry said New Zealand’s team informed the PCB and Pakistani authorities on September 17 that the team had received information of a threat from their government and wanted to go back.

He said PM Khan had, despite being busy in Dushanbe with official engagements, called New Zealand Prime Minister Jacinda Ardern, asking her not to have the team cancel the tour at the last minute.

“She said they [New Zealand government] received a ‘critical threat’ and had to go,” said the information minister.