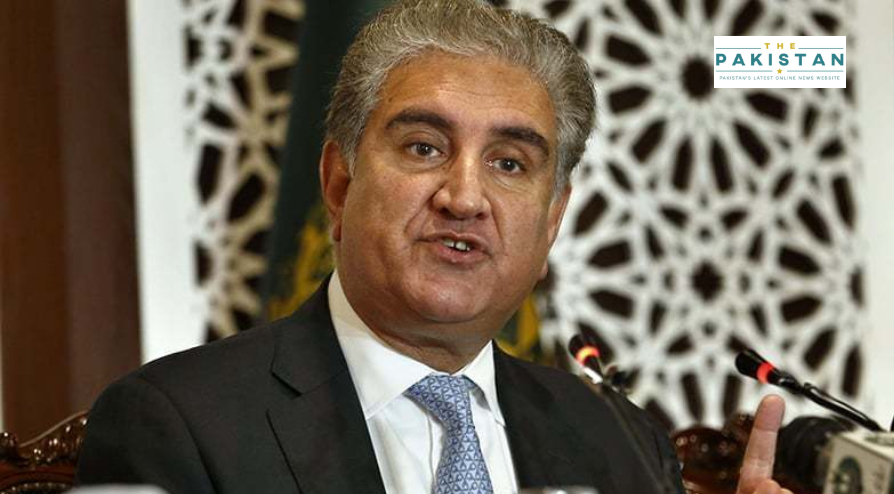 “Following 70 years, the nation got legitimate administration in the form of Prime Minister Imran Khan, however, the PDM [Pakistan Democratic Movement] doesn’t desire to see the progress of the nation,” Foreign Minister Shah Mahmood Qureshi stated on Sunday while conversing with the people of his constituency NA-156 and NA-157 in Multan.

FM Qureshi added that the opposition party’s public rally is not only playing with citizens’ lives as well as harming the nation’s economy amid the ongoing pandemic. The people of Pakistan are currently politically aware and they discerned the strategies of the Opposition.

On Sunday, PM Imran Khan taunted the leaders of the PDM “looters” and added that the Opposition had shown utter irresponsible behavior and jeopardized the lives of citizens by holding the meeting during the second coronavirus wave and called it pathetic.

Imran reiterated that he will never give an NRO. Whatever possible plans of further blackmail the PDM may hold, my message is clear: there won’t ever be an NRO from my administration regardless of what strategies the opposition device, he added.

FM Qureshi emphasized that progress would proceed at a similar speed. “The opposition can’t beguile the majority on the idea of empty promises and government.

“The opposition isn’t true with the majority of citizens as it is holding political rallies midst of the pinnacle of the pandemic,” he stated, adding that the progressing second wave of coronavirus is growing.

However, holding such rallies to only save looted money and misleading the public but I’m sure the citizens understand the opposition’s intentions, Qureshi added.

PM Imran had urged the opposition to defer political rally to save the people from the spreading of the coronavirus pandemic.

He proceeded to state that the majority had dismissed the political parties and their heads, who had pillaged illegal money during, 2018 elections. Surely the citizens will also reject them in the 2023 elections, Imran added.