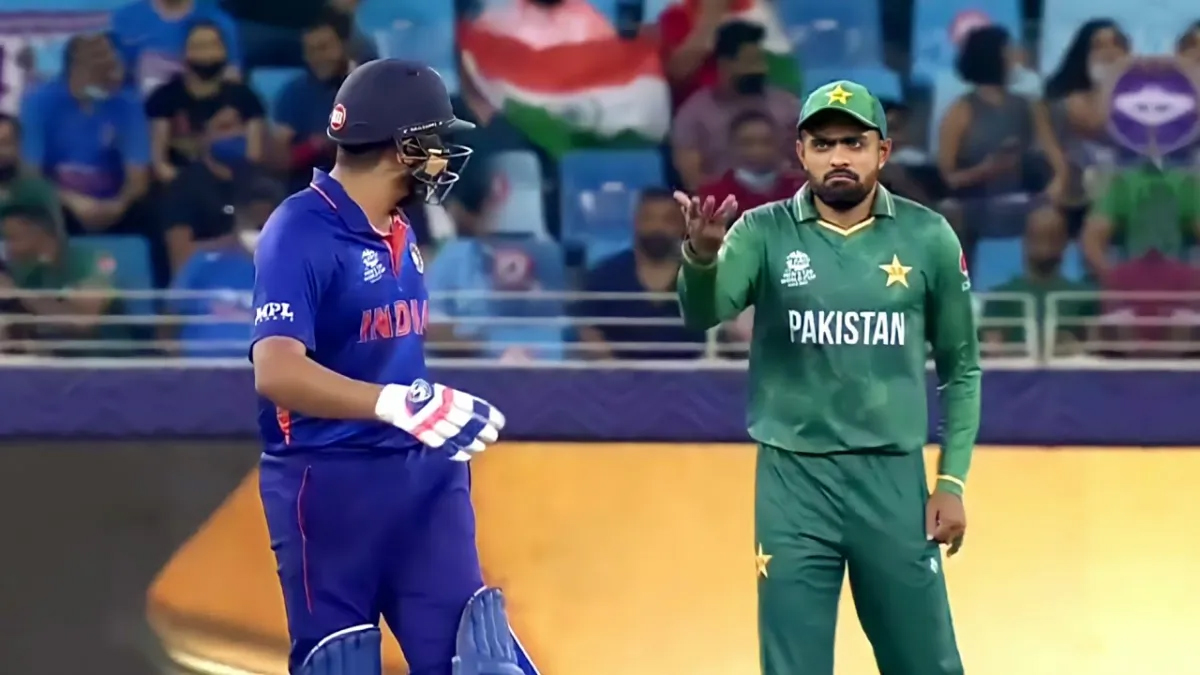 Influence Of Cricket in People of Pakistan and India

Like nothing else, cricket has a powerful influence on the people of Pakistan and India. To ensure that no ball is missed on the day of the match, schedules are cleared, workdays are shortened, and phones are switched off.

Depending on which side of the border you gaze, fervent supporters congregate at screen locations and fill spaces in either green or blue.

For on-field entertainment, the two countries rely on more than simply off-field political conflicts. Additionally, they work together to produce a top-notch cricket product that will live on in the fans’ memory for a very long time.

Never-Ending Cycle of Joy and Pain

There is nothing comparable to this never-ending cycle of joy and pain.

It’s important to note that every Indo-Pak match is a festival in and of itself, and Sunday’s match will be no different. Watch as entire communities and neighbourhoods come together for an evening to support national players, such as the outstanding Rizwan and new speedsters, as well as Kohli, Yadav, Sharma, and anyone else you can think of.

“Hey, who’s going to bowl first? What would be a respectable score? Break up this alliance immediately,” Just listen to those whispers and enjoy the most important cricket match ever.

A sight to behold is the rivalry’s 75-year history. With a multigenerational focus on what it means to secure this “must-win” match in cricket, the rivalry is full.

In the India-Pakistan T20 World Cup match last year, a young Pakistani line-up stomped India, crushing the dreams of millions of people over the border to win the hearts and prayers of everyone back home.

Read More | Pakistan Believe They Can Counter India ‘Day in, Day out’: Akram

From what was once Tendulkar’s signature front foot punch to what is now a slice of Rohit’s willow, the sentiments are no less intense for India. All contributions are enough to send an electrifying audience into a deafening chant.

Impact of Defeat on Indian and Pakistani Fans

However, the overwhelming impact of defeat on Indian and Pakistani fans is what makes the game so beautiful. It presses down on you like a stone on your chest. India ko hara do, yaar bas, baki sab maaf (Just defeat India, leave the rest). This Sunday, both sides will have enough of these kinds of thoughts.

The Dubai International Cricket Stadium, the site of the exciting match on Sunday, pays a fitting tribute to the passion of devoted supporters. Since nearly ten years ago, neither the passionate Indian nor Pakistani fan bases had seen a single bilateral series, much less one on their own country.

That leaves it to locations like Dubai to garner support from a strong expatriate community, host famous people, and give voice to up-and-coming influencers who collectively lead a cricket-loving build-up unlike any other.

As their supporters are still reeling from the horrors of the 10-wicket World Cup beating, India has something to prove this week.

It is anticipated that India’s renowned top order would finally demonstrate its mettle against their rivals’ impressive pace assault. There would need to be more of the customary for Pakistani fans. The crowd should be entertained by Fakhar’s bottom-handed blows, Babar and Rizwan’s superb cooperation, and a few early victories.

Stadiums often sell out quickly for India-Pakistan matches, and a match with an added “desi” flair for the Asia Cup would increase its appeal even further.

The tournament’s name suggests that there is a very strong sense of dominance regarding who controls Asia.

Roaring Indo-Pak tensions have struck the spirit of the tournament like lightning, from the dusty wickets of Bangladesh where the legendary Mohammed Yusuf sealed Pakistan’s triumph with a beautiful century to Virat Kohli’s epic 183 that knocked the greens out cold.

Limitless Room for Analysis and Criticism

The limitless room for analysis and criticism is one of the most admirable features of viewership for those watching at home. Especially with family reunions and after-work get-togethers centred on an intense game, appreciating the possibility of showering sixes, partnerships, big wickets, and the occasional screamer in the field.

When considered as a whole, the historical rivalry between India and Pakistan is one that has been distinguished by years of witty repartee, cold defiance, and unflinching devotion to the national anthem.