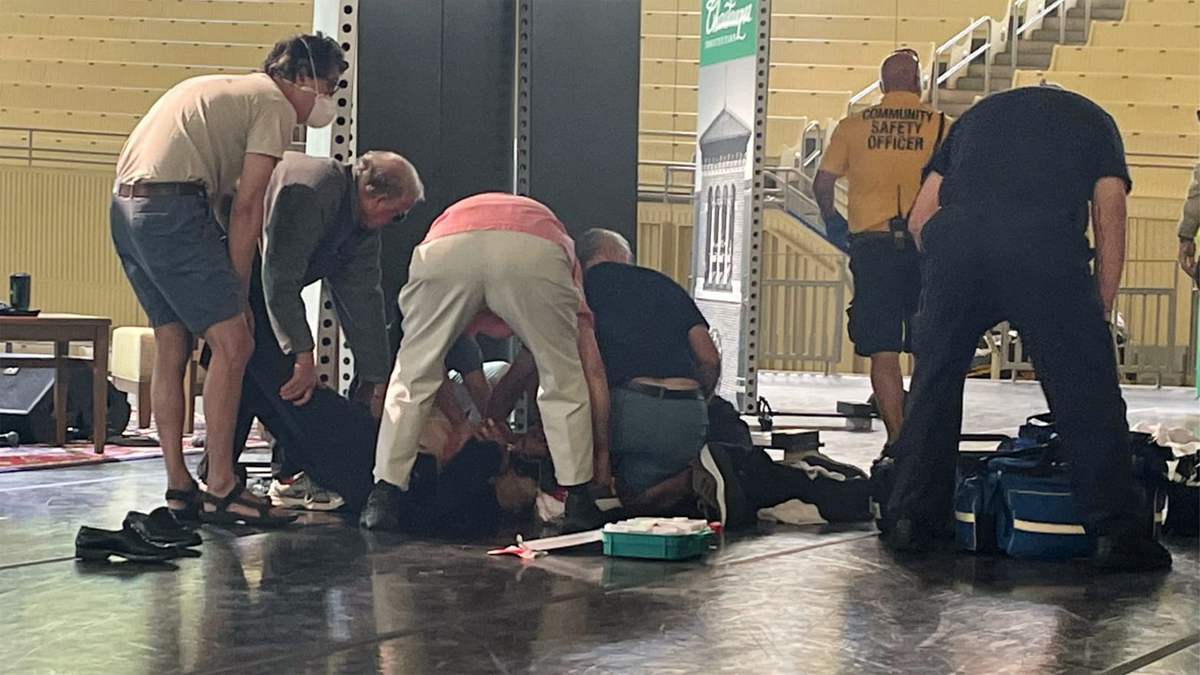 Salman Rushdie, a British author whose sacrilegious novels have earned him death threats, was stabbed in the neck and body onstage at a lecture in New York state on Friday and taken to a hospital, according to police.

Rushdie was on a ventilator and unable to talk on Friday evening following an attack decried by writers and politicians around the world as an assault on free expression.

“The news is not good,” his book agent, Andrew Wylie, stated in an email. “Salman will almost certainly lose one eye; his arm’s nerves were severed; and his liver was stabbed and destroyed.”

Rushdie, 75, was being introduced to an audience of hundreds at Western New York’s Chautauqua Institution for a presentation on artistic freedom when a guy rushed to the stage and lunged at the novelist, who has lived with a bounty on his head since the late 1980s.

Read More | Serena Williams To Retire After US Open

Attendees were stunned when they assisted in wresting the man from Rushdie, who had slumped to the floor. The perpetrator was apprehended by a New York State Police trooper who was providing security at the event. Hadi Matar, a 24-year-old male from Fairview, New Jersey, was identified as the suspect by police.

Strikes Into Chest And Neck

“A man went up on stage from I don’t know where and began what appeared to be pounding him on the chest, repetitive fist strikes into his chest and neck,” said Bradley Fisher, who was in the crowd. “People were yelling, crying, and gasping.”

According to authorities, a doctor in the audience assisted Rushdie while emergency personnel arrived. The event’s moderator, Henry Reese, suffered a mild head injury. Police said they were working with federal authorities to figure out what happened. They didn’t say anything about the weapon.

The incident was called as “appalling” by White House National Security Adviser Jake Sullivan. “We’re grateful to good folks and first responders for assisting him so quickly,” he tweeted.