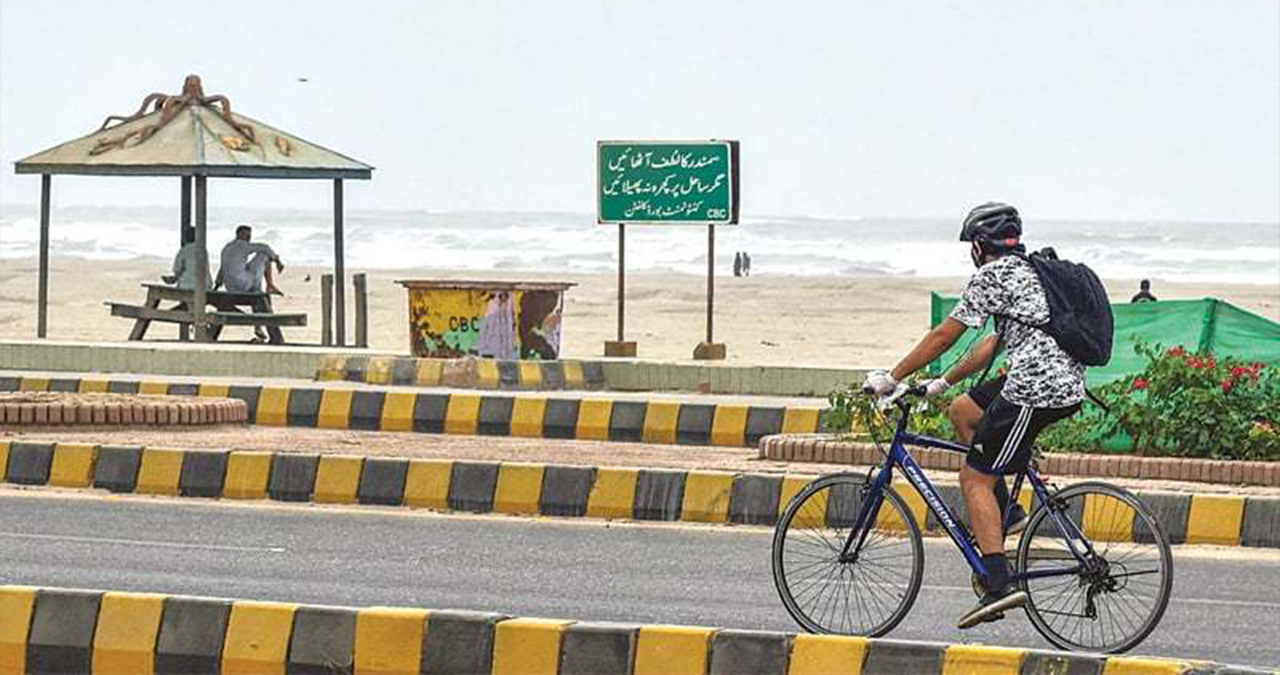 As citizens are gearing up to welcome 2022, the Karachi police have locked special security arrangements to deter any ill-fated incident on New Year’s Eve.

District South SSP Zubair Nazeer has said that a total of 2,250 police personnel are to be deployed in the district, with 1,557 of them to be present at various intersections and sensitive locations leading to Sea View.

All shops in Khadda Market, Clifton, and Boat Basin will be closed from 8 PM.

However, citizens would be permitted to visit Sea View for celebrations.

Nazeer also stated that authorities would not block roads with containers.

He stated that individuals who drive motorcycles without silencers would be dealt with the full severity of the law.

Nazeer also said that the Defence Housing Authority (DHA) residents would be allowed to drive to the Sea View after showing their ID cards.

Furthermore, he elaborated that strict action would be locked against those resorting to aerial firing, including cases of a murder attempt. He also warned cops against indulging in celebratory gunfire on New Year’s Eve.

It merits mentioning that a Special Investigation Unit (SIU) personnel would be on duty at Sea View.

The authorities have also issued Karachi’s traffic diversion plan for December 31, 2021. Published by the office of the DIGP-Traffic, it’s as follows: