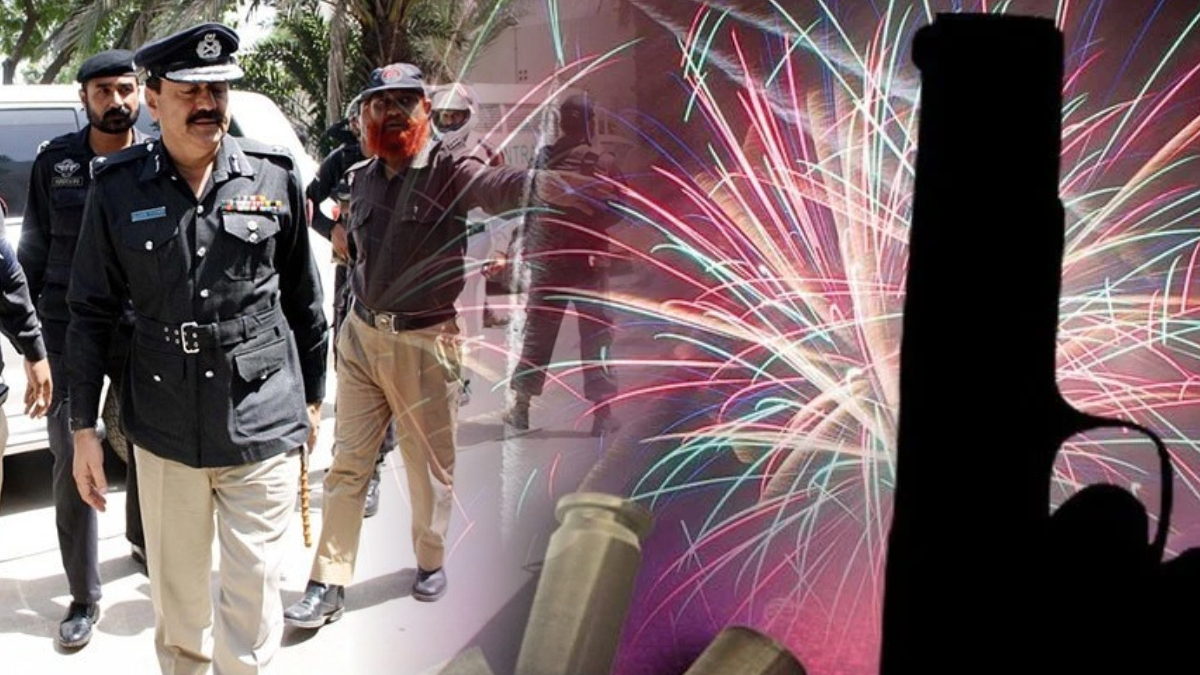 Karachi police have initiated street announcements before New Year’s Eve to warn the citizens that celebratory firing would not be allowed in the city.

Lawbreakers involved in aerial firing would be dealt with “full severity of law”, said the police.

According to media reports, the police adhered to strict measures to maintain law and order on New Year’s Eve in the port city. Moreover, a special monitoring team has also been constituted to file “attempted murder cases” against those accused of aerial firing.

On Wednesday, a video made rounds on social media wherein a policeman could be seen making announcements in the streets of Karachi, warning people of strict penalties for firing into the air.

The lawbreakers will face non-bailable arrest warrants, a 10-year jail term, and cases under various sections, including attempted murder. Karachi police department asked citizens to report via a complaint or video evidence if they saw anyone doing the aerial firing. A special number has also been circulated to report the crimes – 0343-5142770.

In a statement, police appealed to citizens to stay vigilant and share relevant information on the 15 police helpline.

The police stated that legal action would be taken immediately on a citizen’s complaint, and those involved in aerial firing would be charged.

Meanwhile, Lahore Police Operations Deputy Inspector General (DIG) said that over 5,000 police personnel would be on duty on New Year’s Eve across the city. He warned that those violating the law, participating in hooliganism or disrupting peace would be locked in jail.

Urging citizens to refrain from violating the law, he said that an awareness campaign had also been initiated by making announcements from mosques and several media outlets in the city.