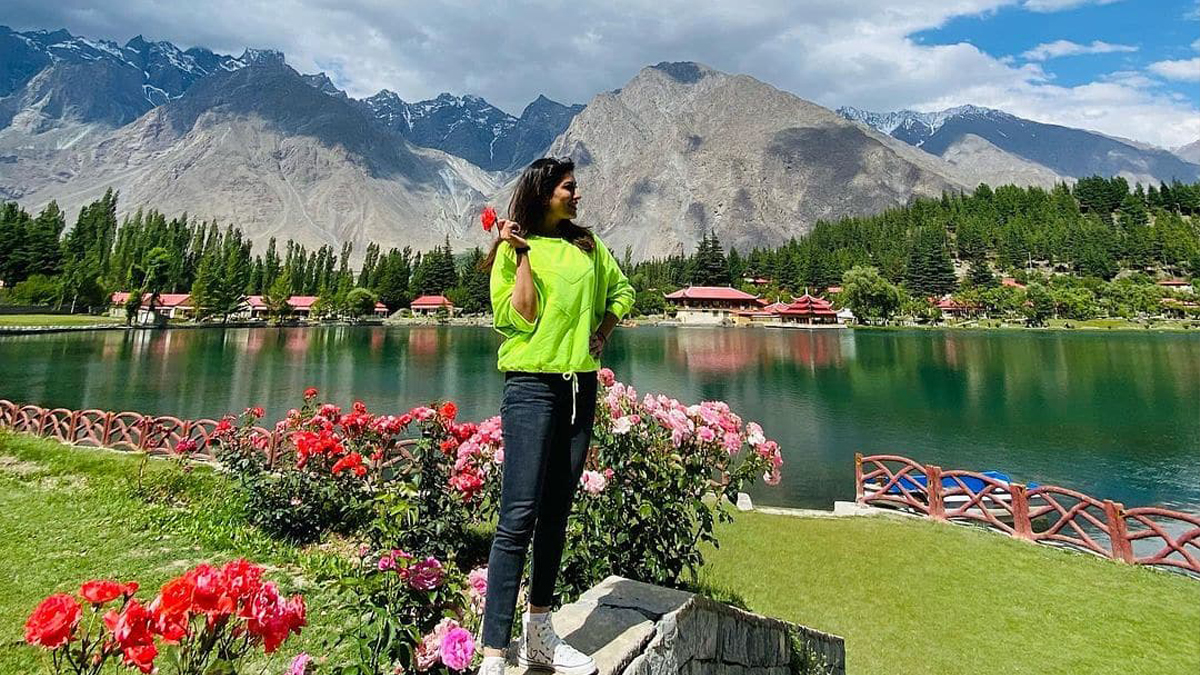 Pakistani superstar Mehwish Hayat is currently enjoying her off time in Skardu.

The 33-year-old has been seen posting her pictures and videos, which is keeping her occupied and her massive fan following delighted.

Recently, her video surfaced on Instagram where she can be seen picking cherries at a farm in the area.

The actress posted her video with the caption “Cherry picking in Skardu.”

She said that this is her first time eating cherries straight off the tree. Commenting on the fruit, she said, “God they were fresh and yummy. I got carried away clearly and didn’t know when to stop.”

She added, “I think I ended up finishing the whole tree, but I can’t be blamed as it were these cherries that were completely out of this world!”.

Superstar Mehwish Hayat is very active on her social media platforms and often shares her video clips and photographs for her fans and Followers.

The recent video shared by the actress has taken many of her fans by a pleasant surprise. She has been seen enjoying the weather in Skardu, playing with the flowers and has also uploaded a picture where her face was adorned with flowers of rose.

The Load Wedding actress is one of the most bankable superstars of Pakistan.

Recently, the star was conferred Pakistan’s highest accolade Tamgha-e-Imtiaz for her massive contributions to the entertainment industry.

With a charming persona and killer looks, Hayat is unapologetic when it comes to her fashion choices and her career.

Skardu is a popular tourist spot in Pakistan where people head to for refreshing their senses. In the summer season, as the weather gets less harsh, most people go to the place to enjoy some leisure time with nature.

Younis says Hasan Ali not the reason for his ouster