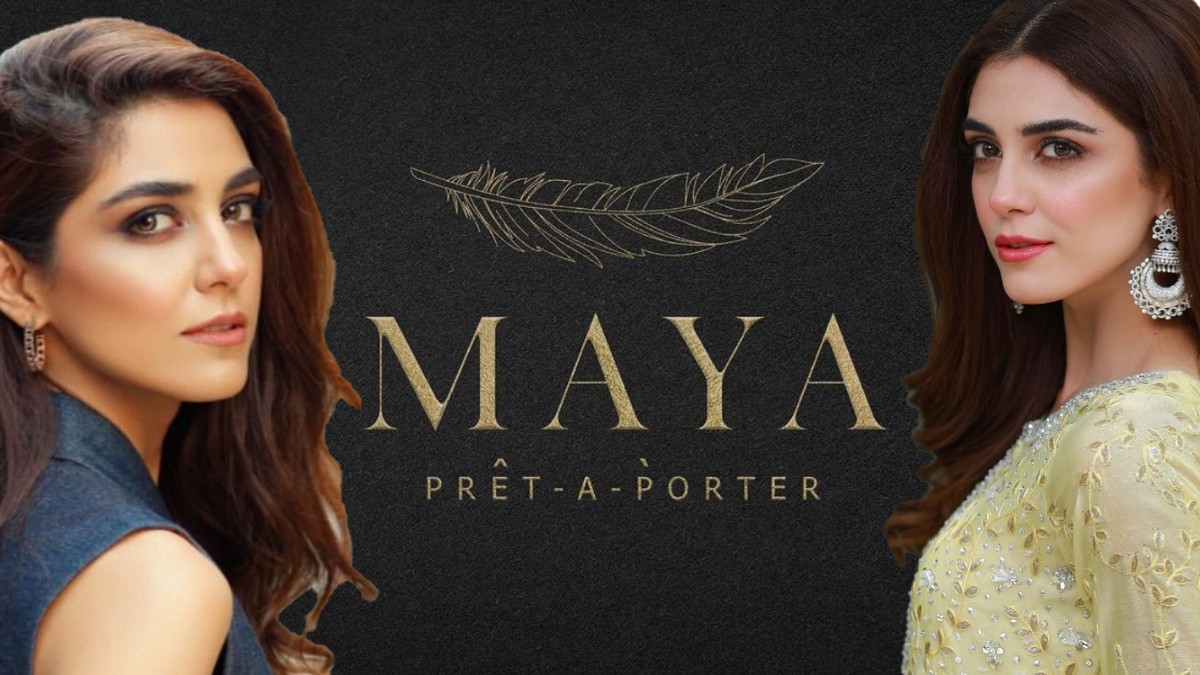 Maya Ali has announced the launch of her own namesake clothing brand and it is all set to hit the racks soon. The Diyar-e-Dil actor shared the exciting news on social media, revealing that she is launching the brand in collaboration with her cousins, Ansa and Zainab.

The actress is following the footsteps of sister duos Urwa and Mawra Hocane and Aiman and Minal Khan.

The star has started a clothing line that is named after herself. Ali said her new venture on social media this week, posting a logo of the brand to announce its launch.

She said that if there is no dream, there would not be any struggle. “I and my cousins are endeavouring to turn our dream into reality,” she posted, as she was certainly grateful that this happening was finally a reality.

“My understanding has cemented now more than ever in the point that Allah always carves a way out if the intentions are pure.”

She said that the venture was turning her both excited and anxious at the same time.

“I am thrilled and a teeny bit nervous at the launch of MAYA prêt-a-porter. All I need is your love and prayers,” she posted, asking for support from her fans.

Many celebs such as Ayeza Khan, Bilal Ashraf, Zara Noor and Iqra Aziz extended their love and appreciation, wishing well to encourage their fellow star.

Maryam Tanveer Ali, who is known by her stage name Maya Ali, is known for her roles in both dramas and two films. She is best known for her works in Mann Mayal, Diyaar-e-Dil, and Parey Hut Love.

She is the recipient of one Lux Style Award. Ali started her career as a video jockey (VJ), in the year 2012. She appeared in several TV shows for Samaa and Dunya.