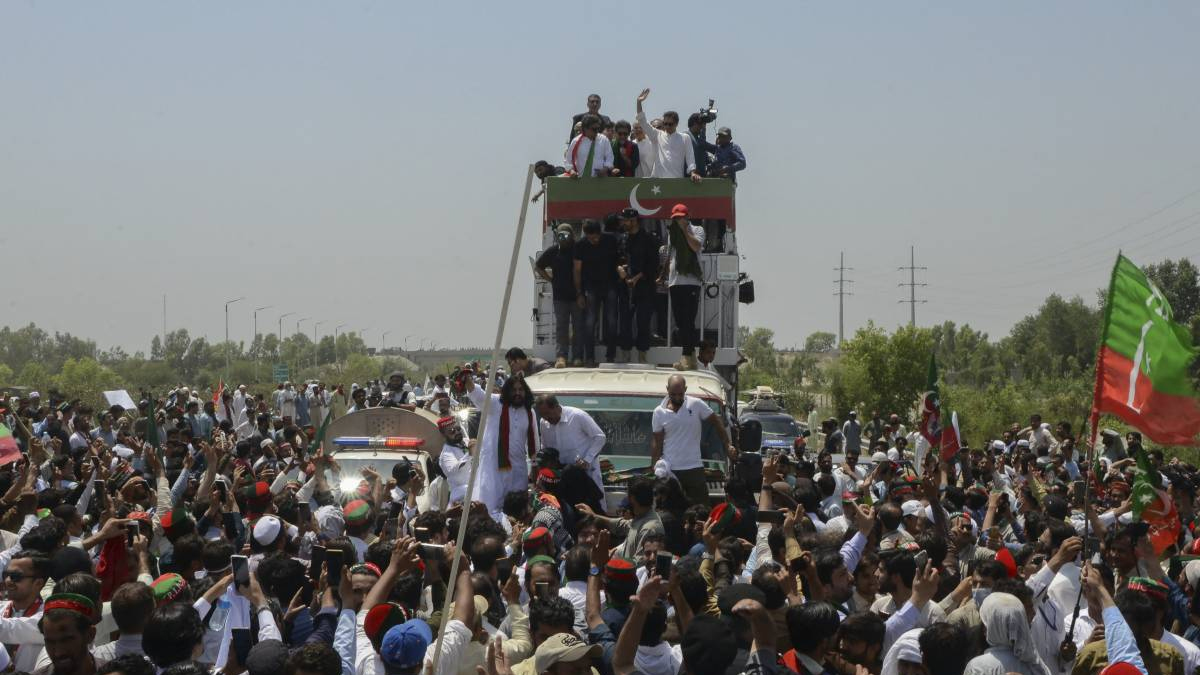 The provincial governments of Punjab and Khyber Pakhtunkhwa were warned by the ruling coalition on Wednesday not to join the Pakistan Tehreek-i-Insaf (PTI) long march toward the federal capital, which is anticipated to be declared within a week.

Avoid acting as Imran Khan’s instrument in order to prevent turmoil and unrest in the nation. The meeting resolved that anyone who violate the “red line” will be dealt with harshly.

Violating All Legal and Constitutional Restrictions

“It will not be permitted to attack the federal capital by violating all legal and constitutional restrictions.”

After the huddle, the PM House released a formal press release in which it stated that “the meeting of the allies has warned both provincial governments not to join [part of] any aggression by the PTI against the Centre.”

The leader of the MQM-Pakistan, Khalid Maqbool Siddiqui, and the head of the JUI-F, Maulana Fazlur Rehman, met separately with the PM as well. Leaders of the ruling alliance vowed to thwart attempts to overthrow the government.

Additionally, on Wednesday, Prime Minister Shehbaz Sharif gave his approval to a plan to connect the Thar district of Sindh’s coal mines to the railway system in an effort to deliver locally produced coal to power facilities like Jamshoro and Port Qasim.

The premier gave the authorities involved until March 23 of next year to finish the project while presiding over a meeting. A Memorandum of Understanding (MoU) was also signed by PM Sharif and the Sindh government to begin the project.

The government would announce a “Kissan Package” for the agriculture sector next week, the premier announced during a meeting with various delegations of farmers who had staged a week-long sit-in in Islamabad. The Kissan conference will feature an announcement of the package.

In conversation with farmers, he also asked his ministers for “actionable advice.”