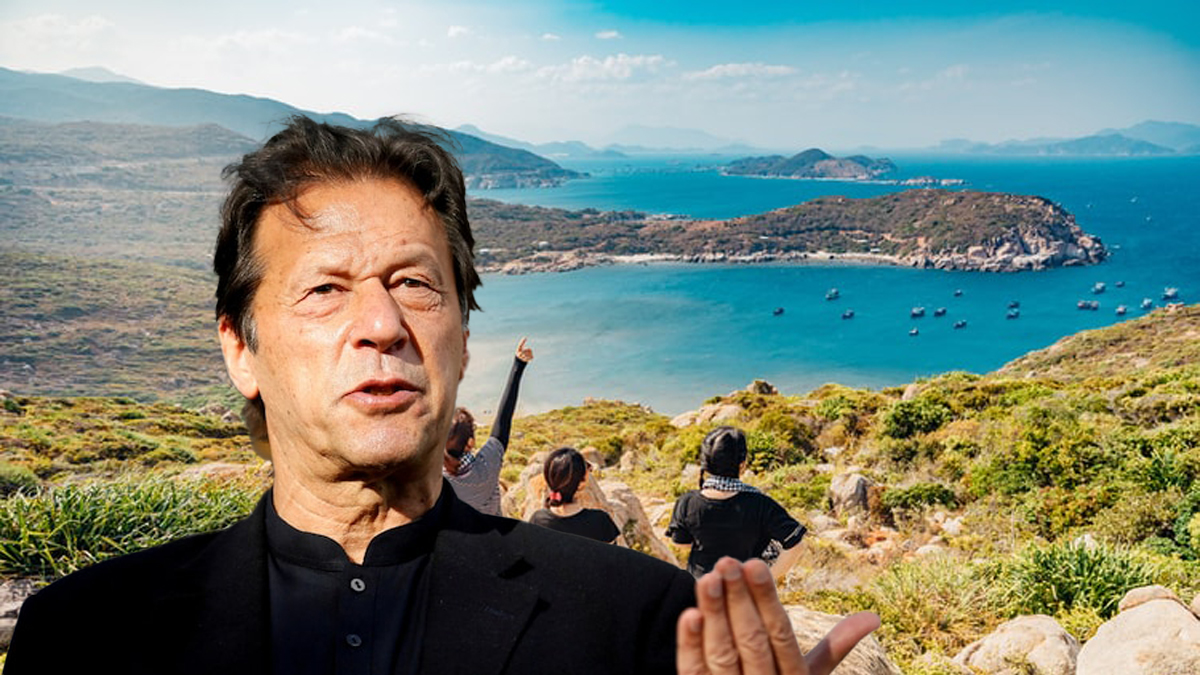 Prime Minister Imran Khan, on Tuesday, said that Pakistan has “great potential” to pull tourists from Muslim countries because they were cautious of visiting Europe and other places due to concerns linked to Islamophobia.

He addressed residents and people who were part of the tree plantation campaign at Sonmiani beach in Balochistan’s Lasbela district.

The prime minister, in his outset speech, said he had seen the area from a high during his arrival by helicopter, adding that it could be refined into a tourist spot.

PM Khan said it was the government’s job to elevate the people’s living standards via drastic changes.

The government, as per Khan, plans to develop beach tourism and is set to seek scientific suggestions from qualified consultants in this regard.

Khan said the British developed the hilly areas in their era, but now these areas are declining slowly. He gave the example of Murree, “which has seen numerous changes due to a large volume of construction projects”.

Speaking on the United Nations report on climate change released on Monday, Khan said, “We are fortunate because we are one of the countries which are way ahead in protecting themselves from climate change.”

He pointed out forest fires in several countries, including Turkey, Greece, and the United States, while unusual floods in many others.

“All this is because of climate change,” he said. He termed mangrove forests in Sonmiani in Balochistan province as the “best” to deal with climate change because they produced significant quantities of oxygen.

The Premier said the government’s efforts should be directed towards improving the people’s lives and ensuring education and livelihoods.

“It is the first responsibility of the government to see how we can better people’s lives and fulfil their basic needs.”