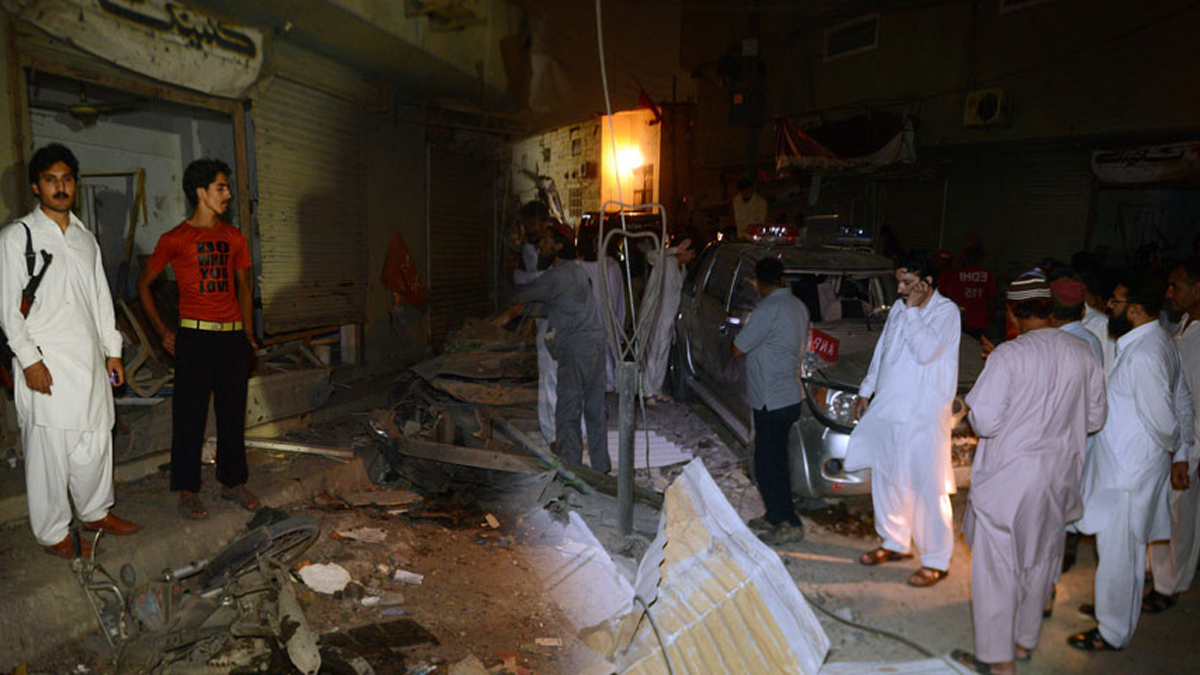 Pakistan’s investigation agencies have pointed toward the involvement of foreign agencies in the explosion that took place in Karachi’s Saddar area late Thursday night killing at least one person and injuring more than 10 individuals.

Investigation agencies stated that there can be more than one banned organisation behind the blast. The bomb was reported to be planted on a bicycle by the alleged banned foreign organisation. As per the details revealed by the investigation agencies, the explosives used in the bombing were powerful and domestically made. Weighed approximately two-and-a-half kgs, the bomb contained ball-bearings and explosives, as per the Bomb Disposal Squad (BDS) findings. Speaking with the media, investigators suggested that such bicycle bombs are used by banned nationalist organisations in Balochistan.

The bomb was reportedly triggered by the terrorist after the arrival of the Coast Guard van at the site. As soon as the van arrived, the terrorist launched the bomb and fled from the back of the restaurant where he was waiting after parking the bicycle.

The law enforcement agencies (LEAs) have also accessed CCTV footage from the blast site which shows a young man in black clothing at the blast location. Another CCTV footage showed the suspect parking the bomb-laden bicycle at the site at least 30 minutes before the incident. He was later seen pressing the button of a remote-controlled device from his pocket and then running away from the restaurant after the explosion.

Meanwhile, an FIR into the matter has been registered at the Counter-Terrorism Department (CTD) police station under sections of terrorism and murder against the perpetrators belonging to a banned organisation. The attack resulted in the injury of several people as well as severe damage to several cars and infrastructure in the vicinity.

Expressing regret over the explosion, Prime Minister Shehbaz Sharif extended his deepest condolences to the family of the deceased individual. Chief Minister Murad Ali Shah has ensured the provision of medical care to those injured in the blast.

Furthermore, the prime minister has assured to wipe out terrorism from the country with the support of provincial governments.

This is the second terrorist attack in Pakistan in less than a month. In April, a suicide bombing attack killed three Chinese teachers and their Pakistani driver inside a university campus in Karachi.

Several arrests as PTI clashes with police in Sialkot