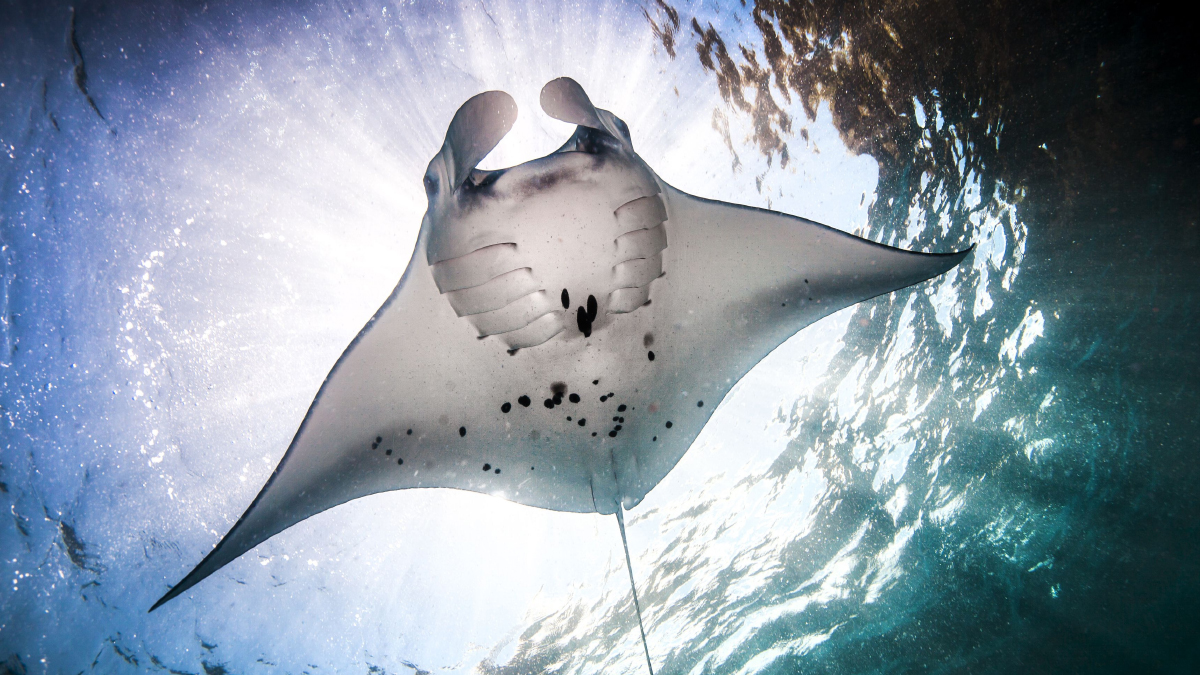 On Saturday, two giant manta rays were filmed swimming along the vessel in the Arabian Sea – southwest of Karachi.

The giant manta ray species are relatives of stingrays and sharks.

The vessel was captained by Samad Bilwani, whereas the video was shared by a member of the Board of Directors of WWF-Pakistan – Zahid Maker.

The species were recently added to the IUCN red list and declared “endangered.”

The sight used to occur commonly in Pakistan, but is now becoming extremely rare, said a WWF-Pakistan statement on Sunday.

“These two mantas were spotted 50 nautical miles south of Karachi. This incident of seeing two giant manta rays together is extremely rare,” the statement said.

As per the statement, the last sighting of the giant manta was in the offshore waters of Churna Island in October 2016.

They are scientifically known as Mobula birostris and are not directly targeted by fishing activities in Pakistan. It is pertinent to state that a significant number of the giant mantas get stuck in gillnet fisheries, even though their numbers have declined over the last 20 years.

Before the creation of Pakistan, whale sharks and giant manta rays were targeted in recreational fishing in Cape Monz and Churna Island. Such hunting trips are published in journals and newspapers from the era.

The giant mantas are harmless animals despite being relatives of sharks. They feed on small shrimps that are present in abundance in the offshore waters of Pakistan.

“It is amazing seeing these gentle giants encircling the boat, swimming along the boat and coming to the surface, presenting an amazing sight to behold,” Zahid Maker said.

In countries like the Maldives, Costa Rica, Thailand, Fiji, and Mozambique, recreational dives are set up to allow swimming with giant mantas.

Mantas and mobulas are a significant part of the marine ecosystem of Pakistan.