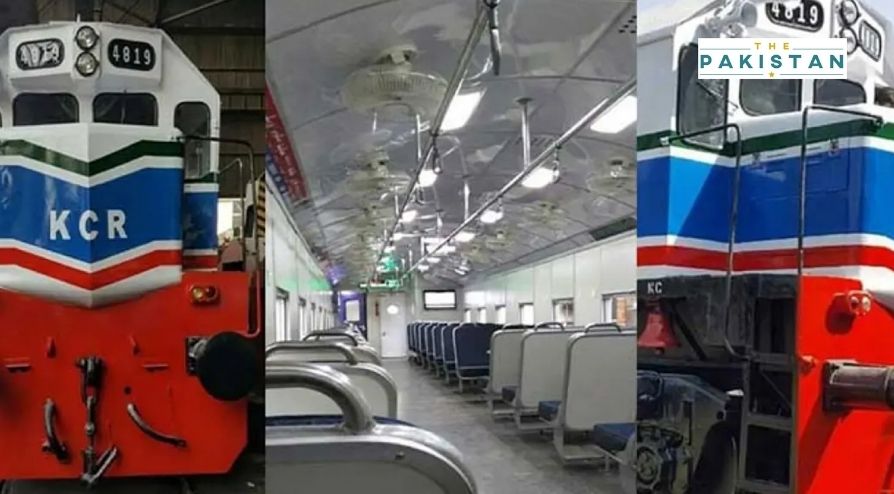 Federal Minister for Railways Shaikh Rasheed on Thursday inaugurated the Karachi Circular Railway (KCR) launching partial operations on a 14km cleared stretch of the around 55km route of the old KCR.

In the first phase, trains would run along the Karachi City-Orangi-Karachi City route while operations on the remaining tracks would be launched later, Pakistan Railways (PR) Chairman Dr Habibur Rehman Gilani said earlier.

Sheikh Rashid said that the KCR fare would be Rs30 per route and in the first phase, four trains would be run daily from Pipri station to City station.

Meanwhile, he also said that a traveling pass for the KCR would be available for Rs750.

“In 25 years, the land mafia has taken over the KCR tracks. We are making efforts […] We are fully cooperating with the Sindh government. They have started work on sewerage lines, they have [issued tenders] for over-bridges. As more bridges keep coming, we will increase the KCR [tracks] and the credit goes to the Imran Khan government,” said the minister.

“We are going to do lots of work in railways and God willing we will try to reduce the problems of Karachi. We will completely modernise [the KCR] within a year.”

“One coach cost Rs9 million and 40 coaches have been refurbished. Around Rs1.8 billion has been allocated of which Rs17m has been spent so far.”

“I don’t want to hide anything from you. We are not getting political support from any party in Karachi. It is the Sindh government’s job to get stations emptied from the land mafia, the minister added further.

You can see we are even going towards Tajori Heights because this is all railway land which people have occupied, the minister remarked.

Meanwhile, the second train would depart at 10 am followed by the third at 1 pm, and the last one at 4 pm. Similarly, the departure of the train from Marshalling Yard to Orangi would start at 7 am followed by a second at 9.30 am, third at 1 pm and finally at 4.30 pm. The resumption of train service would greatly benefit the daily laborers who travel these routes.