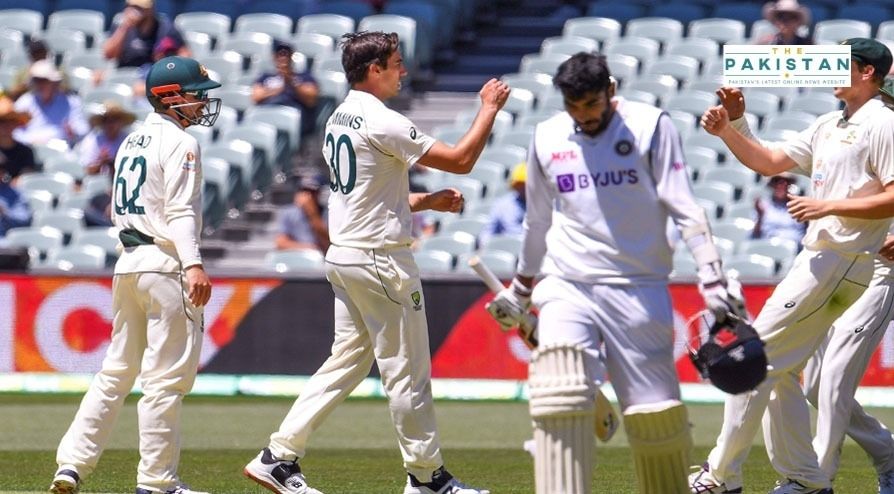 India was dismissed by Australia for their lowest-ever score in a test match as the pace attack by the Aussies stormed through the Indian batting line-up limiting them to 36 on Saturday.

“I didn’t expect it to come that quick, I was expecting a real dogfight,” said Australian skipper Tim Paine. “To hang in, give our bowlers a chance, and then turn up and start the day the way we did, full credit to our bowling attack again.

“It’s nice to get off to a good start. Chuffed with the way we bowled in this Test,” he added.

On the other side, Indian Skipper Virat Kohli said that he was shocked. “It’s very hard to put those feelings into words,” said a disconsolate Kohli.

“We had a lead of 60-odd when we arrived, and then just collapsed. We played two days of good cricket to get in a position and then just lose it in an hour. It really hurts.”

It was one of the worst collapses seen in recent years as it was also the third-lowest score ever in the test history. None of the players ever managed to score in the double digits.

“Josh Hazlewood and Pat Cummins came to the party as Australia beat India by eight wickets on Day three of the first Test in Adelaide on Saturday,” the BCCI said in its match report for the day.

“India resumed the third day’s play at 9/1 and lost Jasprit Bumrah, who had walked out to bat as a nightwatchman on Day 2, in the second over of the day. Four overs later, Cummins picked his third wicket of the innings as he had Cheteshwar Pujara caught behind the wickets,” it added.

Later on, Mohammad Shami was then retired hurt after being hit on his hand by a rising Cummins’ delivery as Australia limited India to 36, it added.