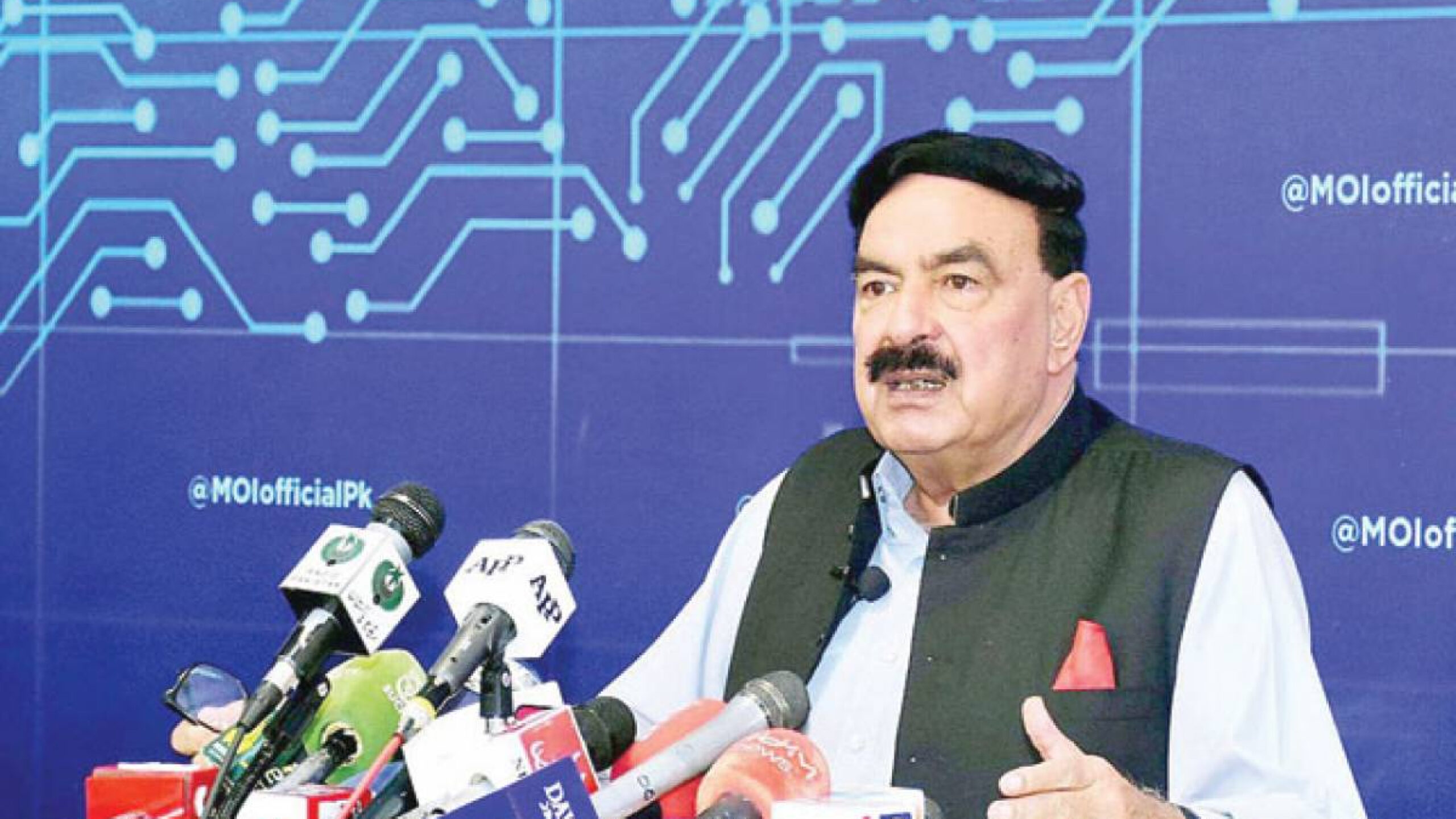 Interior Minister Sheikh Rashid Ahmed has warned that an “international scheme” is all set to carry out terrorist acts in major cities of Pakistan.

He said that the need of the hour is to take rigorous measures and play a responsible role.

The Interior Minister also said that it was India’s intelligence agencies, specifically the Research and Analysis Wing (RAW), that orchestrated the Johar Town blast in Lahore.

“I have no doubts whatsoever on India’s involvement,” he said. “There is an international game underway to carry out mass terrorist activities in major cities,” he went on to say.

“We have apprehended a very dangerous group in Karachi,” he said, adding that there is a major problem in Pakistan, which is that here terrorists get an easy release on bail.

The Interior Minister lauded the role of security agencies for uncovering the elements allegedly involved in the Lahore incident.

He said that RAW and its subsidiaries are always on a mission of sabotaging the peace of Pakistan and they are on a bid to destabilize the country through various tactics.

“India forgets how well-trained our police and agencies are now – these are not the same institutions from 1978 and 1979 – they are now equipped with advanced technologies and we have our eyes set on all matters. We were actually expecting an attack in Lahore,” he said. “Pakistan needs to take strict steps because India is not desisting from its mission of carrying out destabilising activities in Pakistan,” he added.

Rashid said the situation in Afghanistan now would not be similar to that in the 90s as the opposition, armed forces and the government are on the same page over the Afghanistan issue. He added that the fencing with the Afghan border will be completed soon. “The entry at the Chaman border is being connected with the electronic system,” Rashid added.