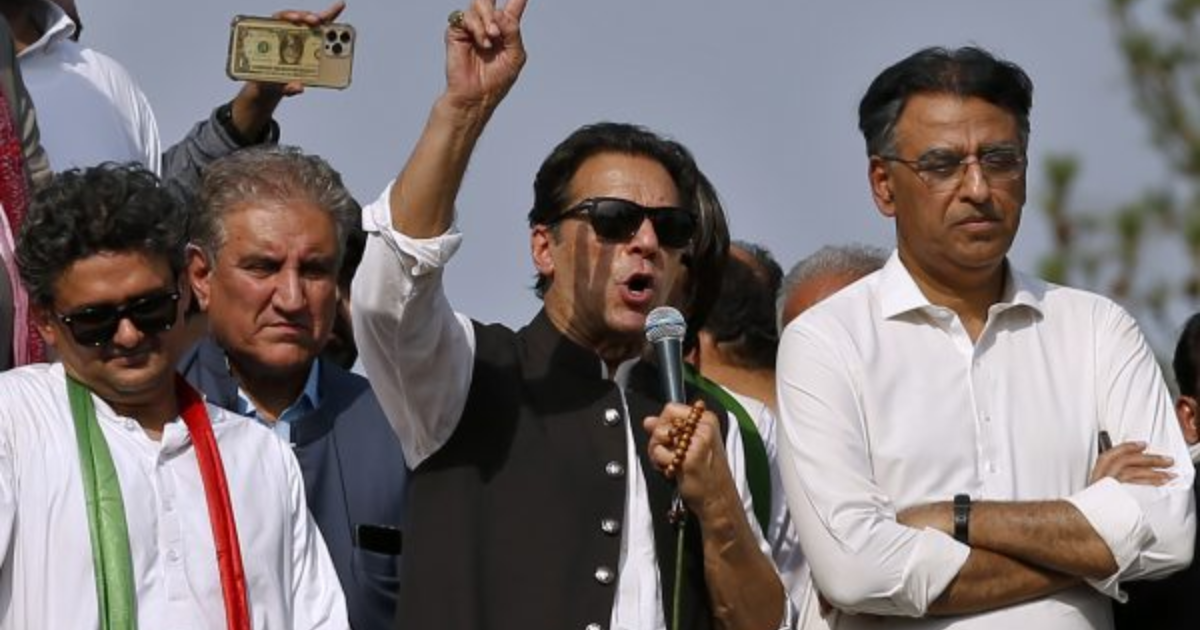 The interior minister threatened with the imposition of governor’s rule in the provinces supporting the PTI’s long march on the capital and warned of “strong action” against the marchers attempting to reach D-Chowk as Pakistan Tehreek-i-Insaf (PTI) Chairman Imran Khan finally announced the launching of a new movement from Saturday to press the government to announce snap elections.

The Islamabad Police also increased security late on Tuesday at the entry and exit points of the capital’s Red Zone in what appeared to be a preemptive move after the former premier’s recent ‘warning’ of calling a nationwide protest if the government did not announce snap elections in two weeks, though the police claimed in a tweet that the security had been bolstered as “some people” from Punjab were headed towards Islamabad to have their political demands acceded to.

On Wednesday, Mr. Khan made a plea to the nation to join his cause for “true freedom” for the nation while speaking at a sparsely attended lawyers convention organized by the Insaf Lawyers’ Forum and Punjab Bar Council.

Regarding Pakistan’s economic predicament, he asserted that the World Bank and International Monetary Fund (IMF) had predicted turbulence akin to that of Sri Lanka. He thought the nation was heading toward social turmoil as a result of the economy contracting, rising unemployment, and increasing inflation.

Assistance From the IMF

The PTI leader revealed his plan for rescuing Pakistan from its economic “turmoil,” claiming that if only half of Pakistanis living abroad invested domestically, the nation wouldn’t require assistance from the IMF.

He also made mention of the supposed threats that party members were allegedly receiving via calls from ominous numbers, claiming that he had never witnessed such a thing in the west.

He also criticised the government for what he described victimising “credible” journalists and news outlets, as well as the police for reportedly torturing his chief of staff Shahbaz Gill.

Prime Minister Shehbaz Sharif reportedly discussed the army chief’s appointment during a meeting with his brother Nawaz in London, prompting Mr. Khan to remark, “Would these individuals make judgments on the most crucial post of national security? A jackal leading an army of lions will result in defeat, whereas a lion leading an army of jackals will result in victory.

The PTI leader reminded his supporters of his earlier orders, asking them to respond in kind if they got threats from any unidentified number.