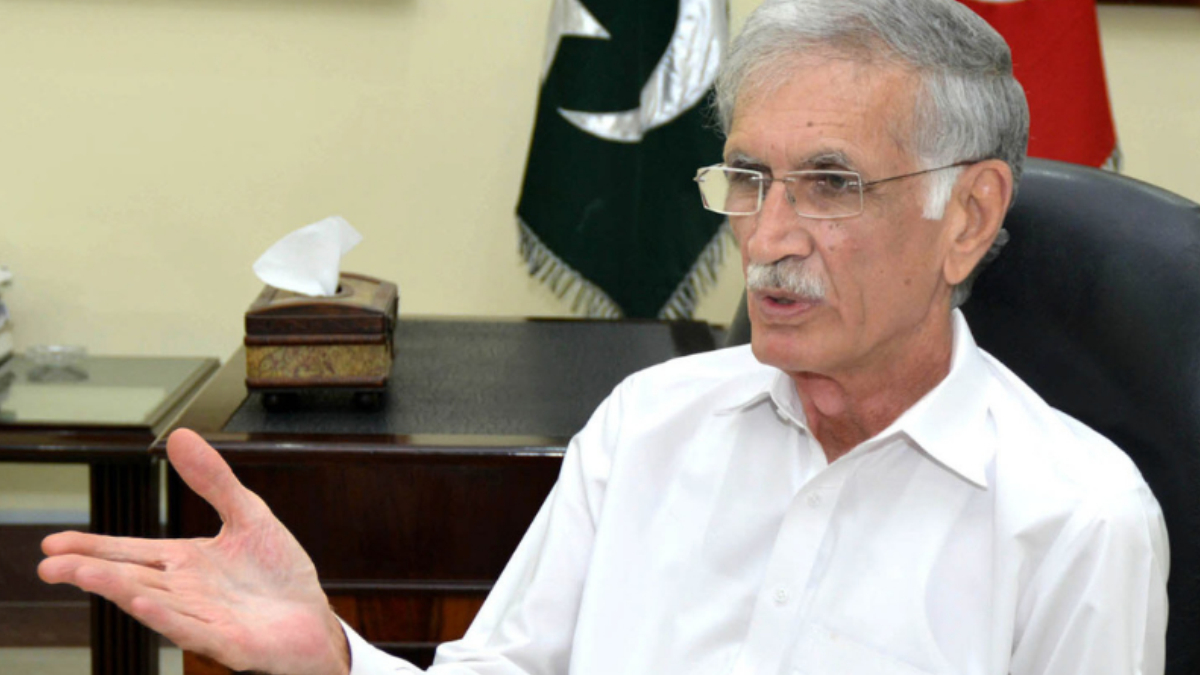 Prime Minister Imran Khan and Defence Minister Pervez Khattak allegedly got into a heated argument on Thursday during a meeting of the parliamentary party of the Pakistan Tehreek-e-Insaf (PTI).

According to media reports, Khattak had complained about the neglect of Khyber Pakhtunkhwa (KP) by the federal government.

PM Khan snubbed the defence minister for “trying to blackmail” him.

Khattak staged a walkout from the meeting. Later, PM Khan invited the defence minister to his chamber, where gas shortage and other political issues were discussed at length.

The defence minister said that KP produced electricity and gas and had the first right. However, the province was still facing a shortage.

“You were elected as prime minister because of us,” he reportedly told Imran Khan.

However, PM Khan hit back by saying that he would not be blackmailed. “I am fighting for the masses. I do not have a stain of corruption on me. I won’t have any second thought when it comes to leaving this seat and handing it over to somebody else,” Imran Khan reportedly said.

Khattak also criticised Shaukat Tarin, saying that the Finance Minister was not a representative elected by a popular vote. “We are answerable to the masses. We have come through people’s vote.”

Speaking to journalists after the meeting, Khattak denied having an altercation with “anyone”. However, the Minister said he simply demanded his rights and left the meeting to smoke a cigarette.

Khattak rejected the news that he had threatened to desert the prime Minister and vote against the party. “My leader is Imran Khan. I cannot think against him,” he said.

But the defence minister confirmed his exchange with Hammad Azhar over the issue of gas.

Khattak said that he was astonished at the media coverage of the event.

Hammad Azhar told reporters that he had satisfied the participants of the meeting.

Karachi: Son killed in front of mother while resisting robbery